All the Best Moments From Rihanna’s ‘Savage X Fenty Show Vol. 4’ — Including an A$AP Rocky Surprise 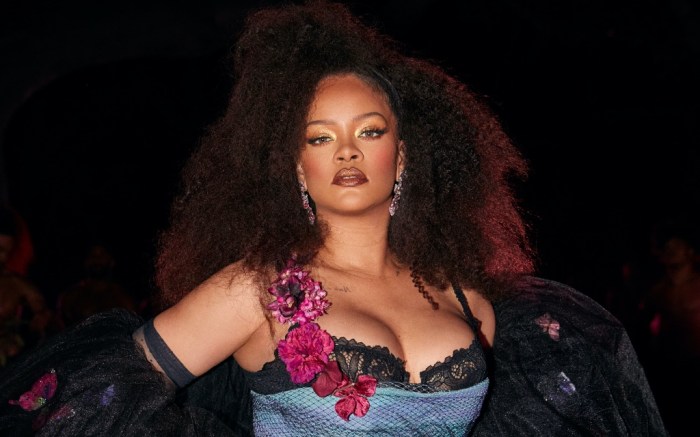 Rihanna’s “Savage X Fenty Show Vol. 4” is officially out today on Prime Video — and, as can be expected, is packed with star power and a string of dynamic moments.

Rihanna kicked off the Savage show herself, emerging in the forest in an homage to the mythological figure of “Mother Earth.” For the occasion, the singer walked fiercely in sheet pants, a blue silk corset and lacy bra with a black duster and crystal-strapped heels — plus a runway-worthy soundtrack with the song “D.M.B”, courtesy of her boyfriend A$AP Rocky.

Brazilian singer Anitta made her Savage x Fenty show debut as one of this year’s featured performers. Wearing a sheer catsuit with strappy stiletto heels, the singer twerked and danced in the forest while performing her hit songs “Practice” and “Envolver.”

Johnny Depp’s surprise appearance in the fourth Savage x Fenty show caused a stir last week before it was even confirmed. In the new footage, Depp appears in a solo runway walk in the forest, wearing olive green Savage x Fenty men’s loungewear with layered necklaces. The actor was the first man in the lingerie show’s four consecutive years to have a featured star moment.

Aside from a wide range of A-list influencers and celebrity talent, Rihanna also drew a range of today’s top fashion models for the Savage x Fenty show — and, suffice it to say, they were all ready for the runway. This season, her supermodel lineup included none other than Irina Shayk, Joan Smalls, Precious Lee, Lara Stone and FN’s recent cover star Cara Delevingne.