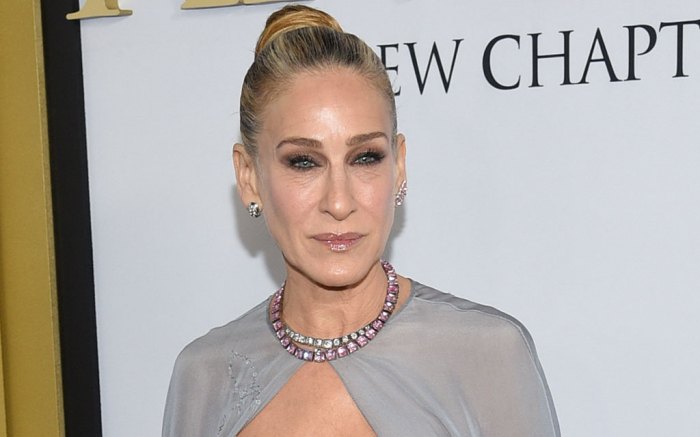 WARNING: Spoilers ahead for the season 1 finale of HBO Max’s “And Just Like That…”

And just like that, the first season of “And Just Like That…” is over. To commemorate the moment, Sarah Jessica Parker shared a series of behind-the-scenes photos in her final dramatic Carrie Bradshaw look from the HBO Max series in a new Instagram photo dump.

While scattering Mr. Big’s ashes in Paris as Bradshaw, Parker wore a bold orange Valentino gown. The couture dress featured a flowing skirt, as ell as voluminous sleeves and a sweet bow tie at the back. Parker’s ensemble also featured silky pink gloves, as well as sparkling hairpins and the Eiffel Tower-shaped Timmy Woods clutch from 2008’s “Sex and the City” film.

Parker also took the occasion to thank those involved with “And Just Like That…” as its first season ended.

“There were hundreds of hands involved in creating our first season of @justlikethatmax. I raise a glass and toast every single person who contributed their time, talent and devotion,” Parker captioned the images. “Cheers, à votre santé and a bounty of love and affection. ‘Til we meet again. X, SJ.”

During “And Just Like That,” bold heels have returned for Parker’s Bradshaw from numerous labels, including Christian Louboutin and Aquazzura. The actress also just revealed that numerous pairs from her SJP by Sarah Jessica Parker shoe line were also present on the show, under a faux brand called Duchess Gardini. Select styles from “AJLT”—including the pink and sequined pairs that Parker wore to the season 1 premiere—will be released online next month.

Parker herself is a chameleon with a colorful and sparkly shoe collection — with some notable favorites, often from SJP by Sarah Jessica Parker. The actress wears T-strap and pointed-toe pumps on the red carpet, both from her own line and brands like Manolo Blahnik, Rene Caovilla and Louboutin. Off-duty, she’s also been seen in boots, flats and sandals from labels such as Isabel Marant, Repetto and Swedish Hasbeens, and is known to don Koolaburra’s wedge sneakers for an added height boost.