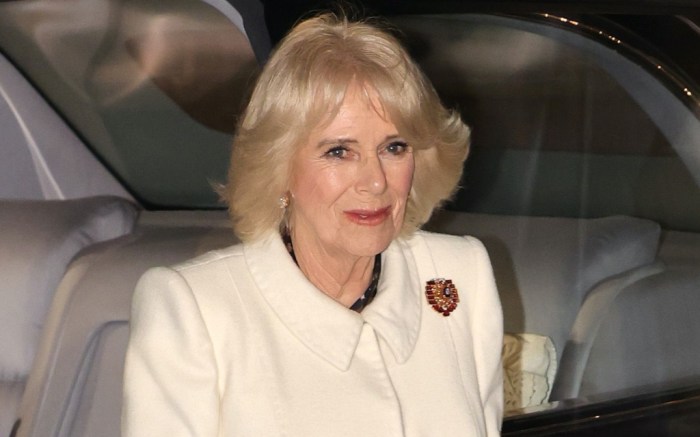 Queen Consort Camilla joined the “Together at Christmas” holiday service, which films this evening to air on Christmas Eve in the United Kingdom.

During the occasion, Camilla wore a collared cream wool coat with a closed front. The long outerwear was layered atop a long-sleeved dress, featuring an orange-brown base covered in a spotted black and white leopard print. The queen accessorized with black leather gloves and a matching smooth flap-style clutch, as well as diamond stud earrings and a sparkling ruby brooch.

When it came to footwear, Camilla slipped on a pair of black boots. Her style appeared to feature suede uppers with a slouched texture, accented by lightly squared almond-shaped toes. Short heels totaling at least 1 to 2 inches in height finished the set, giving her a subtle height boost that was easy to wear throughout the evening.