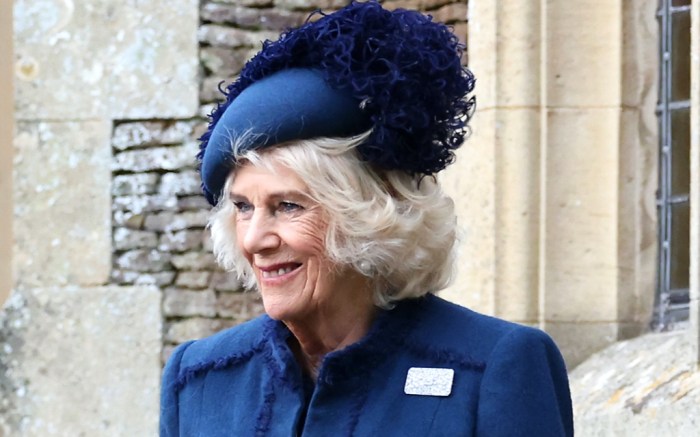 While leaving Sandringham Church in Norfolk during the occasion, the royal wore a deep blue coat with long sleeves, a paneled front and tufted trim atop what appeared to be a matching midi dress. Continuing her blue storyline was a matching fascinator trimmed with a pile of curled feathers.

When it came to footwear, Camilla donned a pair of tall suede boots — one of her go-to styles during colder weather. Her pair, appearing to include at least a knee-length silhouette, was crafted from smooth black suede with a rounded-toe base. Block heels totaling at least 2 inches in height finished the set with a walkable height boost, remaining easy to wear throughout the day.