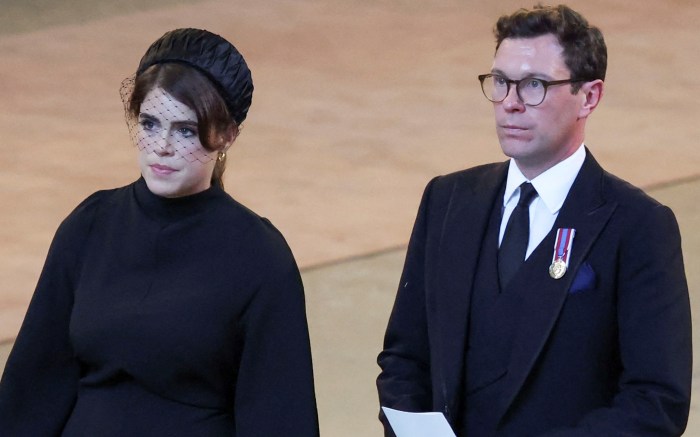 Although there are no official rules for royal women regarding wearing tights in public, it’s expected that royal women will wear black or nude stockings during the mourning period as a sign of respect to Queen Elizabeth II.

Eugenie’s fascinator had a veil detailing following another royal tradition. Back in the 1950s, it was considered improper for upper-class and royal women to show their hair in public. The etiquette rule has changed over the years, but it’s still expected for royal women attending royal events to wear hats or fascinators until this day.