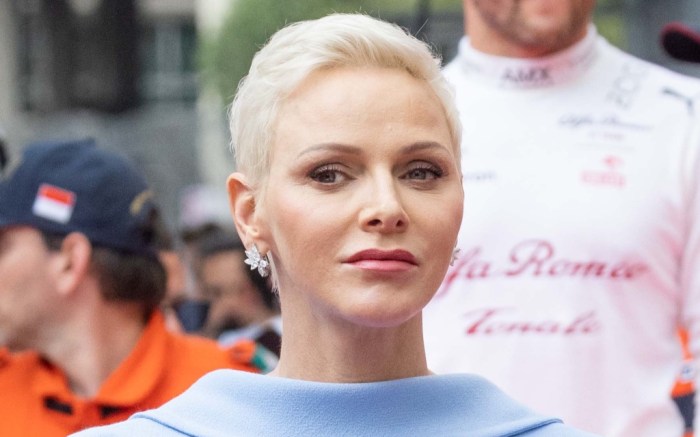 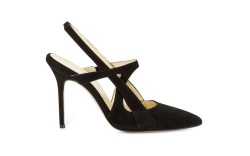 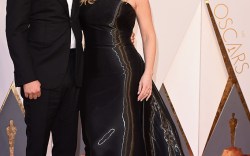 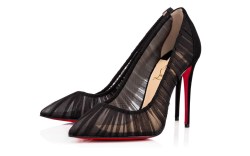 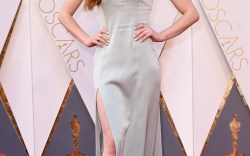 Monaco was the place to be this weekend as celebrities flocked to the 2022 Monaco Grand Prix at Circuit de Monaco on Saturday — as proven when Princess Charlene made a regal appearance for the occasion.

The princess appeared alongside her husband, Prince Albert II, and their children for the event’s anthem ceremony. For the occasion, she wore a pale blue jumpsuit with long cuffed sleeves and an elegantly curved neckline. The piece was complete with flowing trousers.

The royal accessorized in minimalist fashion, only pairing her outfit with a sculpted gold ring and diamond post earrings.

When it came to shoes, Princess Charlene opted to remain minimalist as well — in fact, her footwear couldn’t be fully seen beneath her jumpsuit’s flowing hems. However, from the toes of her footwear peeking beneath them, it’s likely she paired her jumpsuit with a set of nude or blush pink leather flats or close-toed heels with rounded toes. Regardless of its silhouette, the style provided a clean base for her ensemble to stand out.

Discover more celebrities in hidden heels over the years in the gallery.