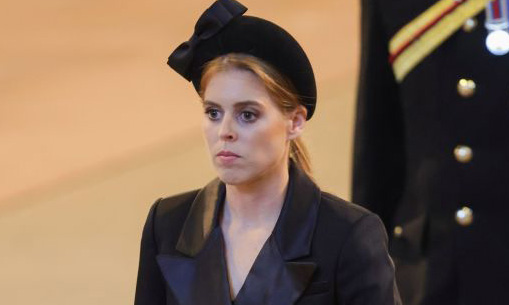 Princess Beatrice was part of today’s royal vigil around Queen Elizabeth II’s coffin at Westminster Hall in London. She joined all the other seven queen’s grandchildren to pay her respects to the late monarch.

Beatrice wore a black jacket, adding a black belt around her waist and a pleated black skirt, following the somber tradition for the mourning period. She slipped on classic black pumps with ankle strap, and accessorized minimally with a statement chunky headband with bow detailing.

Princess Beatrice is the eldest daughter of Prince Andrew and his former wife, Sarah Ferguson. She is ninth in line to the throne.