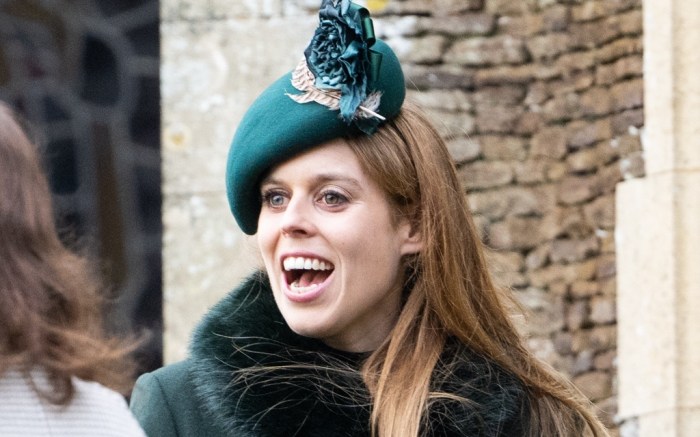 Princess Beatrice was sharply outfitted to celebrate Christmas with her family — notably King Charles’ first as monarch of the United Kingdom, following his broadcasted holiday speech.

While stepping out for the occasion, the princess was seen at Sandringham Church and St. Mary Magdalene Church in Norfolk in a dark green coat by British label Shrimps. Likely worn over a coordinating or complementary dress, her double-breasted outerwear featured a midi length with faux-fur trim around its hem, sleeves and collar.

Completing the piece with an elegant finish was an attached belt, cinched with a clear rounded buckle that appeared to be sculpted from glass.

When it came to footwear, Beatrice donned a pair of chic suede ankle boots for the occasion. Her style featured smooth black suede uppers in an almond-toed silhouette, complete with rounded counters. Block heels totaling at least 4 inches in height finished the set with a height-boosting finish, while still remaining versatile for year-round wear.