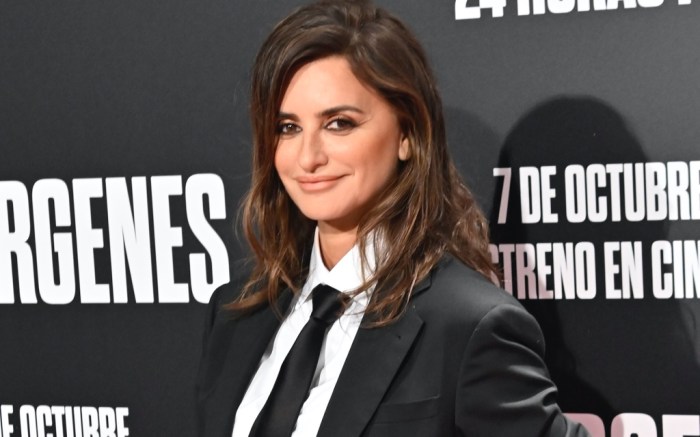 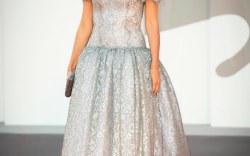 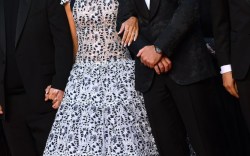 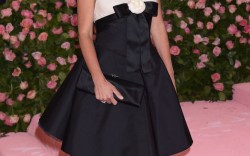 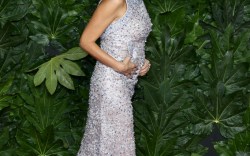 Penelope Cruz suited up — literally — for the premiere of her newest film, “En Los Márgenes.” The Spanish-Belgian thriller film, whose title translates to “On the Fringe,” also stars Luis Tosar, Adelfa Calvo and Christian Checa.

At a photocall for the film in Madrid today, the Oscar-winning actress struck a pose in a classic pantsuit. Her ensemble featured a black blazer and trousers, worn over a white collared shirt and black silk tie. The set was instantly reminiscent of classic staple menswear suiting over the decades — as well as recent women’s takes on the suit and tie ensemble, seen on Zendaya, Janet Jackson, and Bella Hadid this year. Irina Shayk even donned an all-leather take on the outfit at the 2022 Met Gala, courtesy of Burberry — and wore similar attire to Cruz’s at Armani’s spring 2023 fashion show in September.

When it came to footwear, the “Vanilla Sky” star boosted her ensemble with a set of platform pumps. Her black satin pair featured thick front soles, pointed toes and thin golden outsoles. The style included towering 5-inch stiletto heels for a sharp height boost, as well. However, this wasn’t Cruz’s only occasion in the sky-high heels; she wore the same pair exactly one year ago in October 2021, paired with a frayed black Chanel skirt suit and fishnet tights while promoting her film “Parallel Mothers” — also in Madrid.