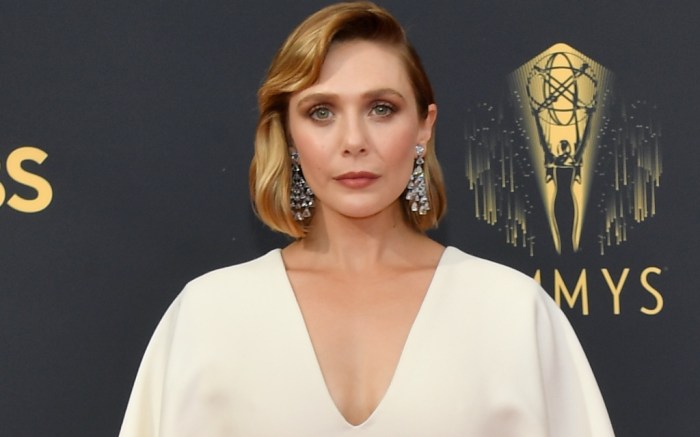 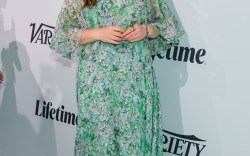 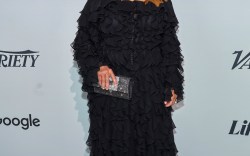 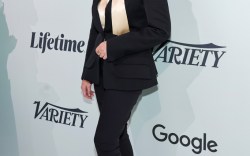 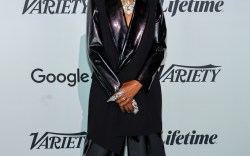 Elsewhere in the editorial, Olsen also wore a white Smythe suit. Stuart Weitzman’s footwear completed this ensemble. Though neither pair was visible, it’s likely the style ranged from pointed-toe pumps to heeled sandals — two styles that are often in rotation in Olsen’s wardrobe.

The Marvel actress also spoke with Variety on the future of her character Wanda Maximoff in a video on Instagram, wearing an emerald green puff-sleeved dress.

Variety’s October Power of Women issue celebrates its autumn Power of Women honorees and cover stars — including Hillary Clinton, Chelsea Clinton, Oprah Winfrey, Ava DuVernay, Malala and Elizabeth Olsen — and the women profiled in the magazine’s Women’s Impact Report in the entertainment industry. The launch will be complete with a Lifetime-sponsored event in New York City on Wednesday night. Hosted by actress Meg Stalter, the event will feature speaking sessions from all recipients.

PHOTOS: Discover all the celebrity arrivals at the ‘Variety’ May 2022 Power of Women event in the gallery.