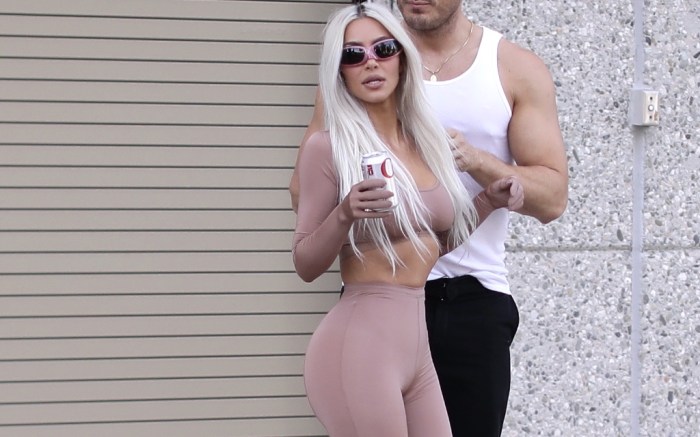 Kim Kardashian’s sleek style always makes a statement – and now, it appears daughter North West is picking up a fashion lesson from her mom.

While on a mother-daughter date at a restaurant with Kardashian — as seen on Instagram — North slipped on a pair of black heels, which looked to be about two inches. They appeared to be a vintage set of mules, featuring black patent leather uppers, rounded soles and thin crossed toe straps accented with delicate buckles.

North paired the strappy footwear with black jeans and a black short-sleeved top, accessorizing with a cross pendant-adorned choker and sparkling drop earrings. Kardashian affectionately captioned the images of their night out as the “Best Date Ever,” along with a black heart-shaped emoji.

It’s worth noting this isn’t North’s first foray into high heels. As a toddler, she’s been frequently known to wear Kardashian’s high-end footwear around the house — even her $1,700 mirrored Balenciaga boots. Now that she’s evidently begun wearing styles in public, only time will tell if they’ll become one of her style signatures as she grows up.

Kardashian, meanwhile, stuck to her streamlined neutral style in a deep gray crop top with long off-the-shoulder sleeves, a wraparound cutout hem and a halter-neck silhouette. Completing her look was a set of slim-fitting boot pants in the same hue, featuring a pointed-toe pump base with 4-5 inch stiletto heels. The style has become synonymous with Kardashian’s “Balenciaga era” within the last year, when she began nearly exclusively wearing Balenciaga pairs designed by Demna.

However, it appears this ensemble might actually be vintage, as the star added a snapshot of a model in the same outfit — albeit in a purple and deep red set — that appeared to be from a decades-old runway show.

The former “Keeping Up With the Kardashians” star is known for wearing bold outfits, such as see-through leggings and mesh dresses. These are often styled with pieces in coordinating hues from top brands including Balmain, Maison Margiela and Mugler. Her shoes are often trend-based and daring, ranging from sleek Balenciaga boot pants to Yeezy sneakers. She’s also been seen in vintage sandals, boots and pumps from Prada, Manolo Blahnik and others over the years.