Normani Laces Up in Corset, Cutout Skirt and Wrapped Reptilian Heels at the Billboard Women in Music Awards 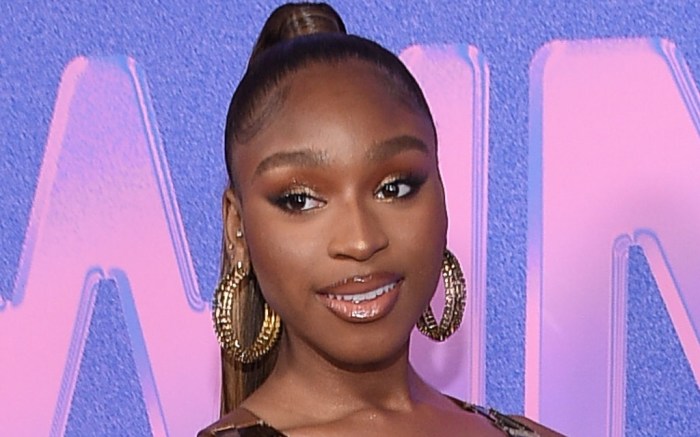 Normani took a red carpet risk at the 2022 Billboard Women in Music Awards at the YouTube Theater in Los Angeles’ Hollywood Park. The musician posed on the red carpet with numerous female music stars, including Karol G, Banks, Christina Aguilera and more.

The “Motivation” singer arrived to the event in a daring outfit, featuring a plunging crop top in a corset silhouette that was covered in mirrored panels. Her outfit took a further risk with a brown leather skirt, which included a cutout belt and thigh-high silhouette—which, together, created cutouts up her entire side. To complete her look, the Steve Madden campaign star donned a stack of gold chain and diamond bracelets, sparkling golden hoop earrings and a statement ring—plus matching eyeshadow and body glitter.

When it came to shoes, Normani opted for one of the decade’s top trending styles: lace-up heels. The star strapped into a pair of python-textured Femme LA sandals with sharp pointed-toe soles, as well as 4.5-inch stiletto heels. The Luce Minimale style included thin straps that wrapped around her ankles, providing added support and sleekness. Normani’s sandals retail for $189 on Femme.la.