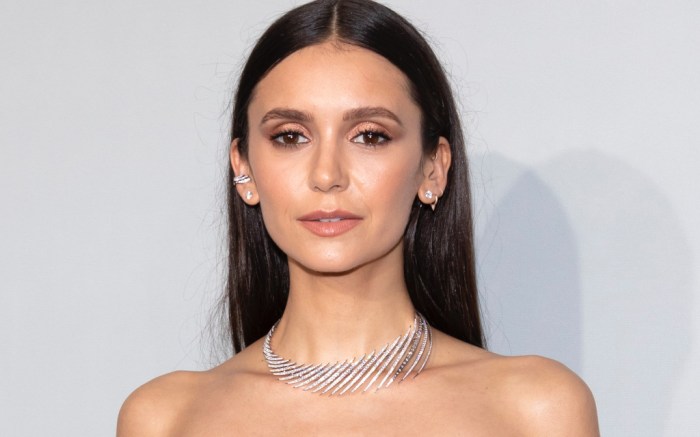 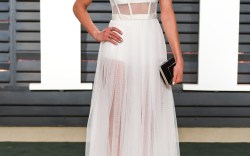 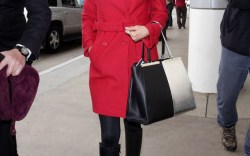 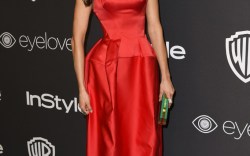 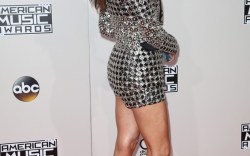 Nina Dobrev layered up while arriving at the Mammoth Film Festival in California.

While promoting her new short film “The One,” the “Vampire Diaries” star stepped out in a matching knit cardigan and sweater by Valentino, each featuring a multicolored floral pattern. The set, styled by Katie Goodwin, was paired with tweed shorts and layered over sheer black tights for a cold weather-friendly spin. The actress’ look was complete with a pink leather handbag by the brand, featuring gold chain and stud hardware for an edgy touch, which she shared on Instagram.

“If you put tights on does it make it more acceptable to wear shorts in the mountains? asking for a friend…” Dobrev captioned the photo.

When it came to shoes, Dobrev’s look was streamlined with a pair of black suede boots. The “Love Hard” actress’ footwear included knee-high uppers, as well as rounded toes. Block heels, which appeared to range between 3-4 inches in height, completed Dobrev’s look. The style has recently resurged—typical in the fall and winter months—as seen in new styles from brands like Loeffler Randall, Vince Camuto and Kate Spade New York.

Suede boots are always a popular winter trend, due to their full coverage and typically soft texture. Pairs like Dobrev’s are especially versatile for layering and wearing with a variety of ensembles. The actress isn’t the only star who’s gravitated towards the style this winter; stars like Karlie Kloss, Adele and Paris Hilton have also worn pairs by Manolo Blahnik, Stuart Weitzman and Saint Laurent in recent weeks. Dobrev is no stranger to a sharp boot, however, wearing styles on and off the red carpet over the years.

For footwear, Dobrev’s style is modern and slick. Aside from her beloved pointed-toe pumps, the “Flatliners” actress can be seen in strappy sandals by labels such as Stuart Weitzman, Charlotte Olympia and Marchesa. When off-duty, ankle and knee-high boots by Dr. Martens, Dolce Vita and Tommy Hilfiger are her go-to’s. Dobrev’s casual looks often include white sneakers by Converse and Vans, as well as athletic pairs by Reebok, Avre, New Balance and Under Armour. In summer months, she also dons lightweight shoes like Franco Sarto espadrille slides and Gucci slippers.

Check out the gallery for Dobrev’s best shoe style over the years.