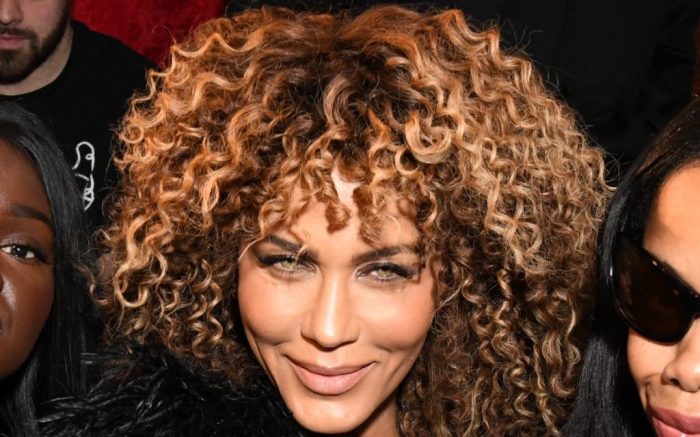 The “And Just Like That…” star arrived in one of Smith’s signature sheer catsuits, which included long sleeves and legs. The black one-piece also featured a lacy texture, giving it a lingerie-esque appearance. The daring look was nearly fully covered by a large black feathered coat, giving it a burst of texture and added drama.

For footwear, Parker slipped on a pair of black over-the-knee boots. The leather pair featured slightly rounded toes, and likely included stiletto heels totaling at least 4 inches in height. The style instantly streamlined her look, while creating a monochrome appearance.

Over-the-knee boots like Parker’s are a top style during the winter season, due to their sleek, streamlined shape and high coverage. Most pairs often feature neutral uppers in block or stiletto-heeled silhouettes. In addition to Parker, stars like Fox, Nicki Minaj and Khloe Kardashian have also worn bold over-the-knee boots by Balenciaga, Voyette and Gucci in recent weeks.

Parker’s shoe style is bold and eclectic, much like her “And Just Like That…” character Lisa Todd Wexley. The star’s red carpet ensembles often include metallic, colorful and sparkly open-toed pumps and sandals, hailing from brands like Gianvito Rossi, Tom Ford and SJP by Sarah Jessica Parker. As Wexley, Parker has also donned a range of statement shoes, including textured and bright boots and pumps by Saint Laurent, Moschino, Giuseppe Zanotti and numerous top brands. Her off-duty ensembles include boots from independent labels like A Plan Application and Stivali, as well as Tory Burch sandals and Off-White sneakers.