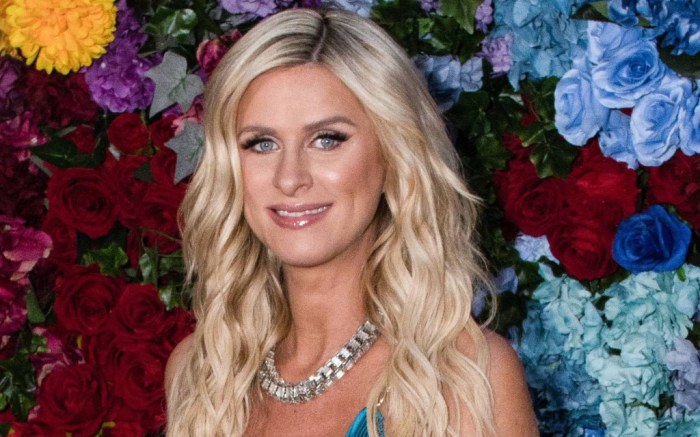 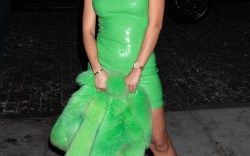 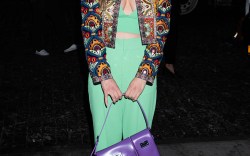 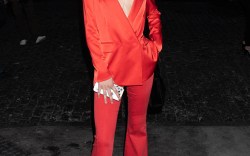 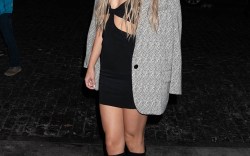 While posing with Bendet on the step-and-repeat — where the designer even kissed her baby bump, as seen on Instagram — Hilton wore a deep blue maxi dress from Alice + Olivia’s Spring collection. The $550 dress featured allover pleating and a sleek keyhole cutout, attached to shiny gold chain straps. Finishing Hilton’s summerylook were Manolo Blahnik’s $1,595 bejeweled gold Lurum mules with mesh toes and stiletto heels.


While celebrating the festivities, the philanthropist exclusively spoke with FN about her love for Bendet and her colorful fashion designs.

“I have known Stacey since she started this business 20 years ago. So, to see what she has done with this brand is so inspiring and impressive,” gushed Hilton. “I love her aesthetic, I love her style. She’s the best friend, mother, businesswoman, philanthropist and supports other women — she’s the best. This party is such a testament to her, just so fun and wild and cool. I love it.”

As a longtime friend of Bendet and her brand, Hilton has a deep understanding of Alice + Olivia. The “365 Style” author attributes Bendet’s success to her widespread variety, as she creates designs that appeal to, for example, Gen Z stars, Hilton’s own mother and mother-in-law.

“I think she just makes something for everybody,” Hilton said. “She caters to everyone, and her fit is so beautiful. She just makes great party dresses, jeans, pants, tops — I mean, she does it all.”

Bendet toasted Alice + Olivia’s 20th with a prom-themed soirée, also allowing Hilton to reminisce on her own prom memories.