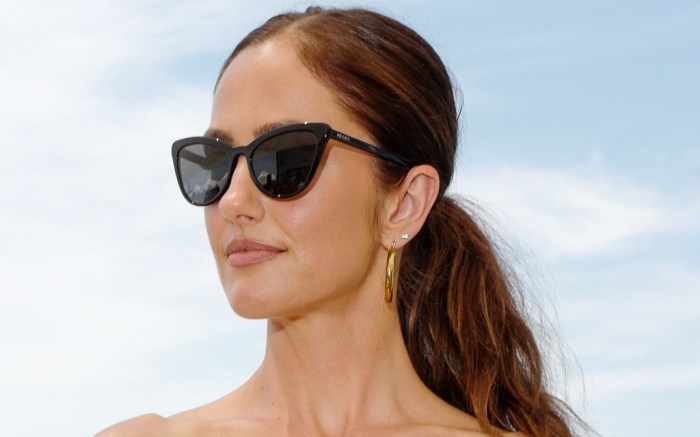 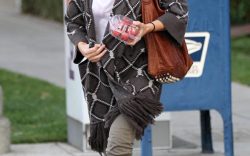 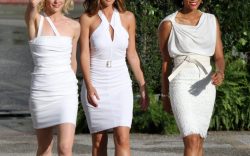 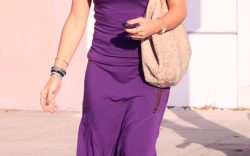 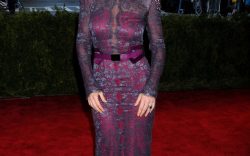 The “Lansky” actress posed at the brand’s soirée for its Greek-inspired capsule line at Duryea’s in Montauk, New York. For the occasion, she wore a strapless white linen jumpsuit with thick gold hoop earrings. Adding a burst of warm weather-worthy style to her ensemble was a pair of black sunglasses, as well as a “Loubi Paralia” cream and brown leather tote bag accented with elaborate embroideries and gold studs.

When it came to footwear, the “500 Days of Summer” actress’ shoes weren’t visible. However, it’s likely Kelly wore a set of sandals from Louboutin’s latest collection. Block-heeled pairs proved to be the most popular at the occasion, as seen on Freya Drohan, Severine Keimig and Larsen Thompson.

Louboutin’s “Caba” series celebrates the designer’s passion for international craftsmanship and travel, with a range of footwear and handbags inspired by Greek culture and art — such as embossed leather accents and embroidery that pays tribute to Greek pottery. It’s also noteworthy that a percentage of proceeds from the collection, which is available at Louboutin’s Southhampton pop-up boutique, will be donated to Greek nonprofit Together for Children, which supports disabled children and young adults.

For years, Kelly has become known for her California-meets-contemporary looks. On the red carpet and at formal occasions, the “Roommate” star can be seen in peep-toe and pointed pumps, as well as chic sandals, from brands like Christian Loubpoutin. When off-duty, her style takes a turn for the casually boho with wedges and ballet flats — plus Ancient Greek Sandals sandals and Vans sneakers.

Click through the gallery to see Kelly’s effortless style over the years.