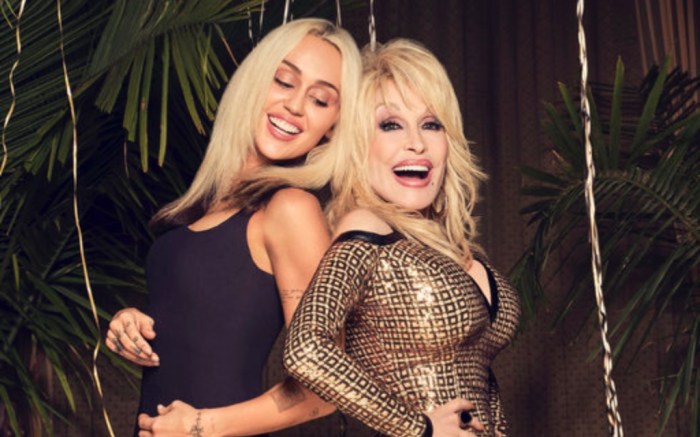 Miley Cyrus is hosting a New Year’s Eve special once again, with a notable guest — none other than Dolly Parton.

To announce the event, Cyrus and Parton posed in party-perfect style together. The “See You Again” singer’s ensemble featured a sleek black bodycon minidress, creating a minimalist appearance. Parton, meanwhile, sparkled in a gold sequin-covered minidress with black trim, making a dynamic statement with gold earrings and a large black cocktail ring.

PHOTOS: Click through the gallery to see Cyrus’ style transformation over the years.