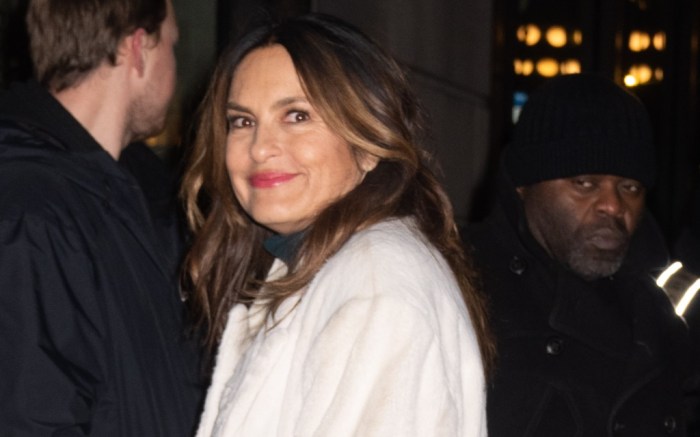 Mariska Hargitay was sharply — and cozily — dressed with a dash of grunge for this weekend’s  “Saturday Night Live” afterparty.

When it came to footwear, Hargitay strapped into a set of lace-up boots to brave the winter chill. The Joyful Heart Foundation founder completed her outfit with a set of combat boots, featuring thick leather soles and smooth black leather uppers. Black laces and stitching finished the set with a monochrome touch, along with vibrant orange welt stitching along its outsoles — adding a dash of punky flair to Hargitay’s ensemble.

When it comes to Hargitay’s shoe style, the “Chicago P.D.” actress often wears sharp and streamlined styles. On the red carpet, she can be spotted in pointed-toe pumps and sandals in neutral, metallic and jewel-toned hues from luxury brands including Manolo Blahnik, Lanvin and Christian Louboutin. When off-duty, she can also be seen in similarly hued sneakers by Puma and Valentino. Hargitay has also furthered her presence in the fashion industry over the years, become a front-row fixture for brands including Marc Jacobs, Baja East and Diane Von Furstenberg during Fashion Month.

PHOTOS: Discover more celebrities in combat boots in the gallery.