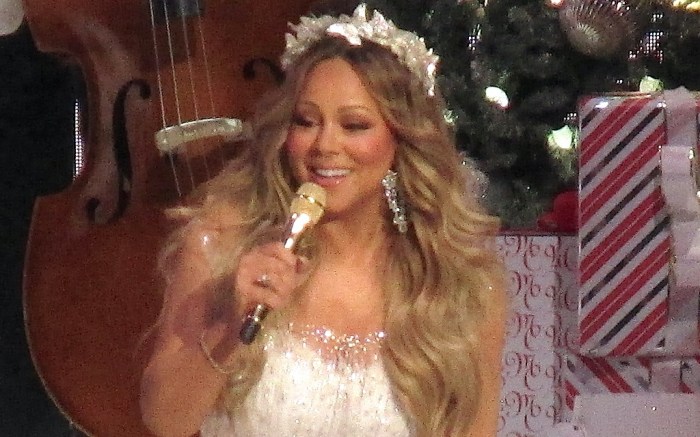 The Grammy Award-winning musician commanded the stage at Madison Square Garden on Saturday night, performing hit songs including, of course, “All I Want for Christmas Is You.” For the special moment, she wore a dramatic white gown with a sleeveless silhouette, complete with a column base and an exaggerated skirt, al covered in glistening sequins and crystals. A set of sparkling diamond statement earrings, as well as a sparkling white butterfly-embellished tiara, finished her outfit.

When it comes to shoes, Carey’s penchant for glamour remains unmatched. The singer often opts to wear stiletto-heeled platform sandals and pumps on and off the red carpet from top brands, including Aquazzura, Sophia Webster, Christian Louboutin and Jimmy Choo. These often include statement-making elements like metallic tones, crystals and bright colors. Aside from her heels, Carey also favors Ugg boots while off-duty. The singer’s love for shoes runs deep, as she owns an extensive collection and launched her own namesake line with HSN in 2010.

PHOTOS: Discover Mariah Carey’s most glamorous concert moments over the years in the gallery.