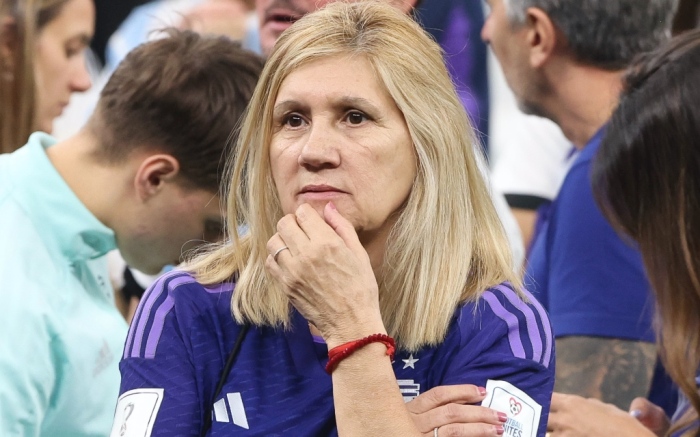 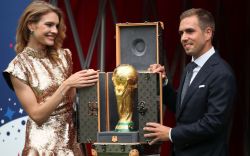 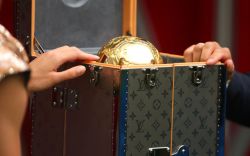 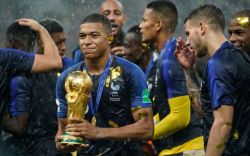 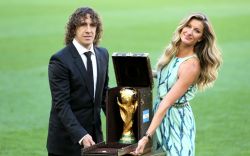 Celia Maria Cuccittini, the mother of Argentinian soccer player Lionel Messi, celebrated her son’s win at the 2022 FIFA World Cup in Qatar this weekend. On Sunday, Argentina won the Cup against France at Lusail Stadium.

During the occasion, Cuccittini supported Messi in the stands in a purple World Cup jersey to represent Argentina. The deep violet jersey included a print of vertical striped and flames, which she paired with a set of long blue denim jeans. Her outfit was complete with a red hair tie and two thin silver bracelets on her wrists.

Cuccittini’s footwear was not visible during the occasion. However, it’s highly likely she laced into a set of matching or complementary sneakers for the occasion, similarly to Messi’s wife, Antonella Roccuzzo; during his winning match, Roccuzzo laced into a colorful set of white and pink low-top sneakers.