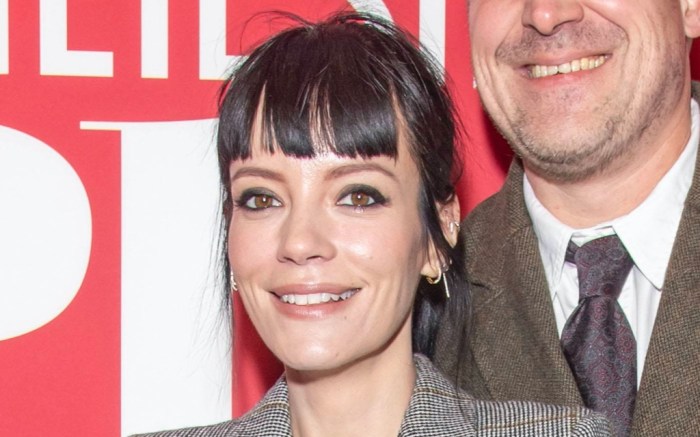 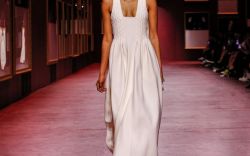 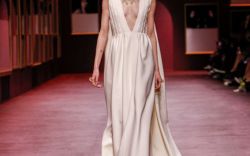 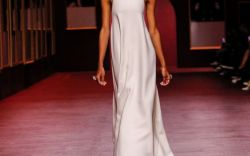 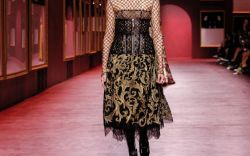 Lily Allen was suited up with husband David Harbour at the “Plaza Suite” premiere in New York City. The singer hit the red carpet yesterday at the Hudson Theater with numerous stars, including Sarita Choudhury and Cynthia Nixon, to support leading lady Sarah Jessica Parker.

While arriving at the Hudson Theater, the “Smile” singer wore a sharp gray houndstooth blazer with a brown windowpane print and sharp lapels. For a comfy spin, the outerwear was paired with a cream sweater and gold heart pendant necklace. Completing her ensemble was an edgy pair of black leather short shorts, layered over a set of sheer black tights. Allen’s ensemble was finished with a leopard-printed Dior handbag, gold ring and numerous sparkly earrings.

When it came to shoes, Allen opted for a set of platform boots. Creating a streamlined effect with her tights and shorts, the singer’s footwear included thick soles, rounded toes and black suede uppers. Though her heels weren’t fully visible, the style appeared to include thick block heels totaling 4-5 inches in height — giving Allen’s ensemble a stylish height boost.

Platform boots like Allen’s are a seasonal fall and winter footwear trend, due to their supportive thick soles and heels. Styles in neutral leathers or suedes have become the most popular, as seen in new pairs by Versace, Brother Vellies and Jeffrey Campbell. In addition to the musician, stars like Jessica Simpson, Barbara Palvin and Emily Alyn Lind have also slipped on platform boots by Moschino, Paris Texas and Gucci in recent weeks.

Allen’s footwear veers between grungy and glamorous styles. The British musician often dons boots and sandals with towering heels and platform soles from numerous top brands, including Miu Miu, Philosophy di Lorenzo Serafini and TK. Pointed-toe and platform pumps are also one of her go-to’s on and off the red carpet from brands like Christian Louboutin and Saint Laurent. While off-duty, Allen regularly wears chunky boots and sneakers from a range of brands, including UNIF, Pleaser and Off-White. Allen is also a longtime ambassador for Chanel, attending the brand’s shows and serving as a muse since 2009.