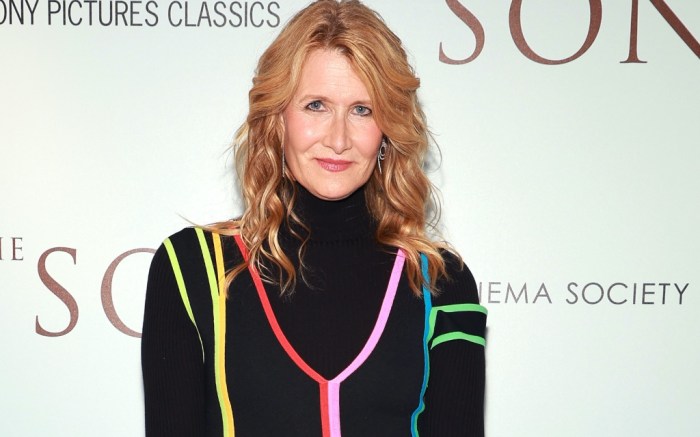 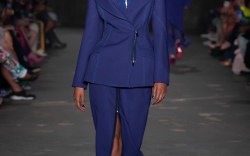 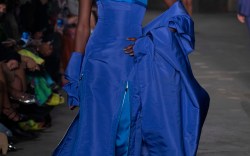 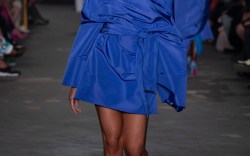 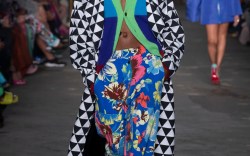 Laura Dern brought technicolor fashion – with a cozy twist — to the New York screening of her latest film, “The Son.” Dern stars in the family drama film alongside Hugh Jackman, Vanessa Kirby and Zen McGrath, which will release in theaters on Nov. 25.

Arriving at the Crosby Street Hotel in New York City on Monday night, the Oscar-winning actress posed on the red carpet in a vibrant Christopher John Rogers dress. The black knit turtleneck piece featured a midi-length skirt and long sleeves, with a playfully retro finish from multicolored rainbow piping in hues of yellow, green, blue, red and pink. Finishing Dern’s look were rounded diamond drop earrings, adding a whimsical hint of sparkle to her ensemble.

When it comes to footwear, Dern’s styles vary from sharp to whimsical. The actress often wears a range of colorful and embellished pumps and platform heels on the red carpet from an array of brands, including Stella McCartney, Jimmy Choo, Rene Caovilla and Roger Vivier. When off-duty, Dern can also be seen in lace-up sneakers by Louis Vuitton and Chloé, as well a Fendi slides and J.W. Anderson mules.