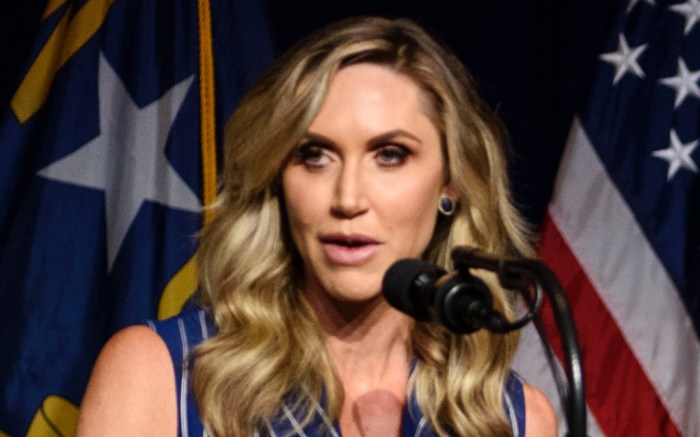 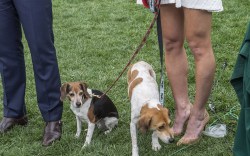 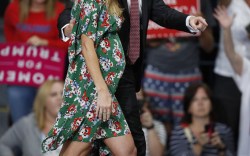 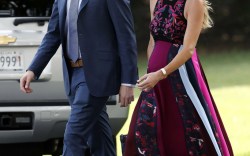 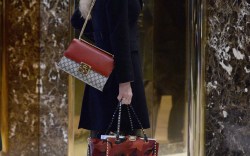 While on a farm in Westchester County, NY, Trump opted for casual attire through a pair of black leggings overlaid with a leopard print. The wild set was worn with a simple white T-shirt and large sunglasses. Trump was accompanied during the autumn outing with her children Eric and Carolina, as well as friend Shanna Cain and her children. As seen on Trump’s Instagram, the group picked pumpkins and took photos together during the outdoor occasion.

The former “Real News Update” host’s footwear consisted of a set of athletic sneakers, featuring paneled uppers in tones of light blue. The mesh lace-up style was complete with rounded toes, as well as rubber soles for added stability. The style often creates a sporty appearance when worn with leggings, similarly to how Trump styled them.

Trump often wears pointed-toe pumps from brands like Christian Louboutin when on and off-duty. The Fox News contributor’s pairs often include leather and suede uppers in neutral hues, including beige and white. Similarly colored flat loafers and sandals from brands including Gucci are also regularly present in her rotation.

PHOTOS: Discover Trump’s style growth over the years in the gallery.