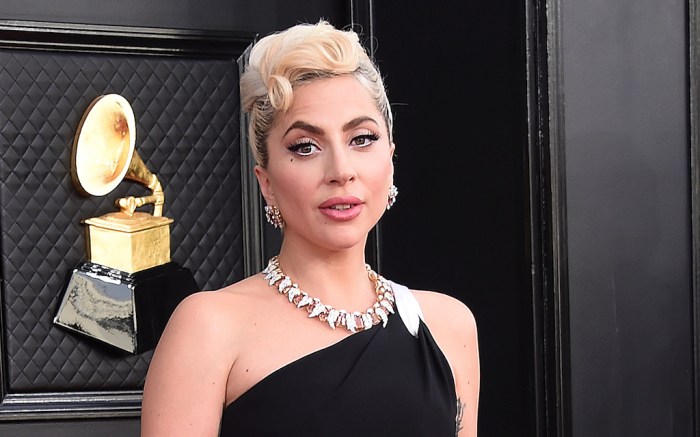 Lady Gaga brought her own take to aviation dressing for her latest music video. The visuals, releasing at 9 am on Friday morning, are for her song “Hold My Hand” for the new film “Top Gun: Maverick,” a sequel to the original 1986 film “Top Gun.”

The Grammy Award-winning musician shared a clip from the upcoming video on social media. In the short visual, she can be seen strolling on an aircraft’s runway in a flowing sheer gown. The beige piece, worn atop black briefs for a sultry touch, featured a ruched bodice, plunging neckline and voluminous train. Gaga’s ensemble was complete with an olive green flight jacket, aviator sunglasses and a dog tag necklace — similar to the film’s characters’ Navy aviator uniforms.

“Fun fact: the original Top Gun came out in 1986, the year I was born,” the singer shared in the caption of an Instagram post.

Gaga’s footwear of choice was equally utilitarian: a pair of black leather boots. Her low-heeled stile featured uppers cinched with wide straps, each secures with silver buckles. The ankle-high style was both edgy and practical, completing her look with an effortless edge.

Indeed, lug-sole and lace-up boots are one of today’s top footwear trends, bringing a sharp take to utilitarian boot styles. Most pairs include rounded toes and thick ridged soles, as well as a lace-up or buckled silhouette. The style is a signature for Gaga while off-duty, though stars like Olivia Palermo, Lorde and Jessica Alba have also worn Gianvito Rossi, Junya Watanabe and R13 pairs in recent weeks. Most recently, Avril Lavigne and Olivia Rodrigo twinned in coordinating lace-up pairs on the latter’s “Sour” tour, as well.