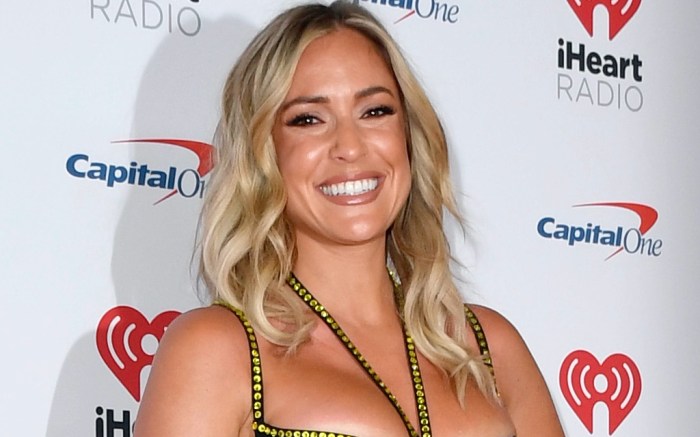 Kristin Cavallari’s Mexican vacation took a turn for the ecological, as seen on social media.

The “Hills” star posed on Instagram with hairstylist and close friend Justin Anderson on the beach before releasing baby sea turtles into the ocean, wearing a black cover-up. Her long-sleeved piece featured a deep neckline and linen texture. Cavallari paired the cover-up with her go-to woven Western hat, which featured a studded brim, as well as gold necklaces from her own Uncommon James jewelry line. Anderson was also sharply dressed for the occasion, wearing a navy and white-striped sweatshirt with striped shorts, a white baseball cap and canvas Converse sneakers.

“Another truly magical day and I’m so grateful for all of these experiences,” Cavallari captioned her post. “We got to help release baby turtles into the ocean this morning, which was on my bucket list, and I’ll never forget it.”

When it came to footwear, the Uncommon James founder opted to wear a pair of thin-soled thong sandals. Her style appeared to feature deep tan uppers with thin straps and rounded soles, providing a clean and neutral base for her daytime outfit. Similar pairs have emerged as a top beach and warm weather shoe, released by brands including Tkees, Havaianas and Gia Borghini. The style was likely worn by Cavallari throughout her vacation, like when her and Anderson took a dip in a waterfall together earlier this week.

Cavallari also took a moment on Instagram on Thursday to share the positive impact of her detox vacation in Mexico — as well as her relationship status, which is currently single — and that, clapping back to social media responses, Anderson is “my best friend and he’s gay.”

For Cavallari, contemporary styles are a constant in her shoe rotation. The “Balancing in Heels” author is often seen in Chelsea, lace-up and Western boots by Jimmy Choo, Bottega Veneta and Isabel Marant. Her off-duty rotation also features Veronica Beard mules and Alexander McQueen sneakers. When it comes to the red carpet, however, Cavallari wears strappy sandals and platform heels from top brands such as Gucci and Schutz. She founded her namesake Uncommon James jewelry line in 2017 — which also encompasses her brands of Uncommon Beauty skincare, candles and Little James children’s pajamas.