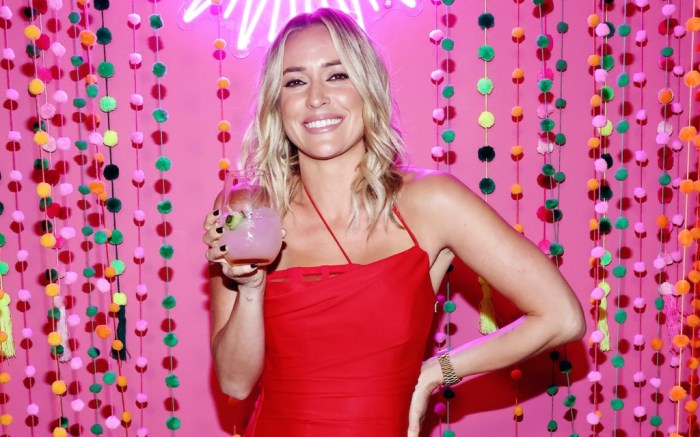 Posing at an event she hosted at Casita Hollywood in Los Angeles for the launch of low-calorie tequila brand 21 Seeds’ Infused Tequila Cookbook Club, Cavallari wore a bright red minidress with a structural paneled base. The piece featured thin asymmetric straps attached to a draped neckline, given a sharp twist with a short thigh-high slit. A thick gold watch completed the “Hills” star’s ensemble, as well as a deep black manicure and pedicure.

When it came to footwear, Cavallari strapped into a set of slick heeled sandals. Her pair featured red patent leather uppers across thin pointed-toe soles, accented with thin toe and slingback straps. Giving the set added slickness were thin 3-4-inch stiletto heels, as well as thin leather ankle straps that wrapped around the “Laguna Beach” star’s ankles for a lace-up effect. When paired with Cavallari’s dress, her footwear created a monochrome appearance — which, thanks to its bright red hue, was also perfectly in sync with the holiday season.

For Cavallari, contemporary styles are a constant in her shoe rotation. The “Balancing in Heels” author is often seen in Chelsea, lace-up and Western boots by Jimmy Choo, Bottega Veneta and Isabel Marant. Her off-duty rotation also features Veronica Beard mules and Alexander McQueen sneakers. When it comes to the red carpet, however, Cavallari wears strappy sandals and platform heels from top brands such as Gucci and Schutz.