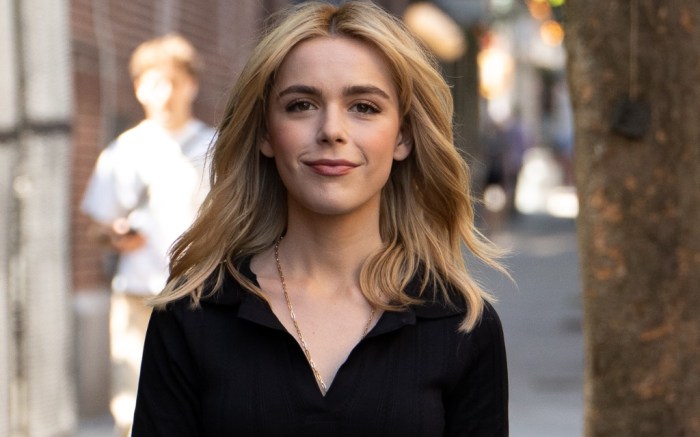 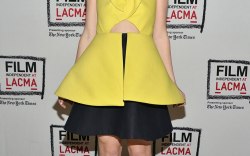 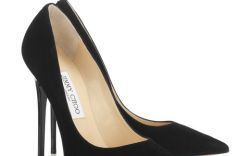 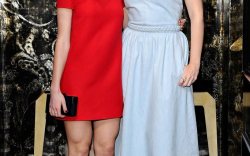 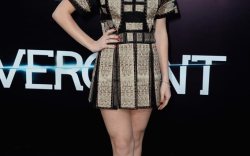 While strolling in the Big Apple on Wednesday afternoon, the “Chilling Adventures of Sabrina” star was spotted in a black polo shirt and two-toned knit shorts, featuring a magenta and lavender checkerboard print. Adding simple elevated details to her ensemble were a thin gold ring and matching paperclip-chain necklace.

When it came to shoes, Shipka continued her colorful streak in a vibrant set of Ugg slides. Her $130 Maxi Checks style featured padded uppers given a puffy texture through quilting, covered in a retro checkerboard print that was tinted with pink, green, blue, orange and yellow tones. Shipka’s footwear was completed by 2.5-inch platform soles with neon pink sheepskin insoles and Eva midsoles, offering plush comfort and a vibrant pop of color.

Slides like Shipka’s are a top comfortable footwear trend this year, with slip-on slides given added comfort and ease from plush textures and padding. Platform styles further the silhouette with a whimsically playful height boost, as seen in new pairs by Ganni, Marni and Staud. Simon Miller has especially approached the trend with an open mind this summer, releasing numerous vegan styles with thick platforms and foam insoles in a range of hues, including orange, blue, green and metallic silver.

Shipka has been a fixture in the fashion world since her starring role as Sally Draper in “Mad Men” at 8 years old, attending fashion shows for brands like Coach, Loewe and 3.1 Phillip Lim. She’s also starred in campaigns as a muse for Rodarte and Fendi over the years.

Discover Shipka’s shoe style over the years in the gallery.