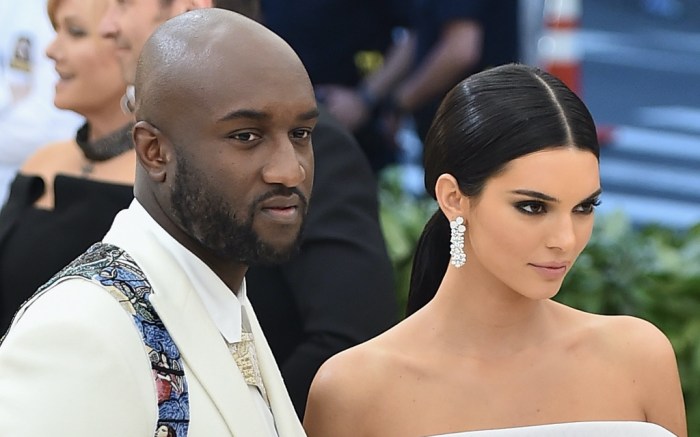 Kendall Jenner took a walk down fashion memory lane for ‘Vogue,’ sitting down for the magazine’s “Life in Looks” video series on YouTube.

In the latest video from the series, Jenner reveals how she’s matched with sister Kylie Jenner as a child. Despite wearing a risqué sheer top, she also recalls she was fully comfortable walking in her first fashion show at age 18 for Marc Jacobs’ Fall 2014 collection.

“Weirdly had little nerves, and I think it was because my shoes were relatively flat,” Jenner remembers. “They weren’t some big, tall heel.”

In later years — 2018, to be exact — Jenner attended the Met Gala with the late Virgil Abloh. The model’s white Off-White top and pants from the occasion were a collaborative effort between her and Abloh, who she remembers meeting while walking together down the aisle at Kardashian and Kanye West’s wedding.

“My outfit specifically, I remember we went back and forth. We kind of loved the deconstructed, very raw-feeling look, and we both decided that it’s Off-White, and it was me, and I’m a tomboy at heart, and it just felt like it fit both of us so well for me to be in pants,” Jenner recalls. “With Louis happening, and then, now him being at the Met, and us being able to go together, I felt like I was part of a really cool moment for him and that was such an honor.”

Rounding out the lineup was one of Jenner’s 2022 outfits: an oversized jacket, blue jeans, and dark leather cowboy boots, which she wore in the streets of Paris. The model revealed the ’90s-inspired ensemble — shoes and all — is one she’d similarly wear “for the rest of my life.”

“These boots I bought, they’re vintage — just, like, a vintage find,” she remembers. “Kind of cowboy-is vibes. Super comfortable. I found them, I think, at a vintage store in London.”

PHOTOS: Discover Jenner’s style evolution over the years in the gallery.