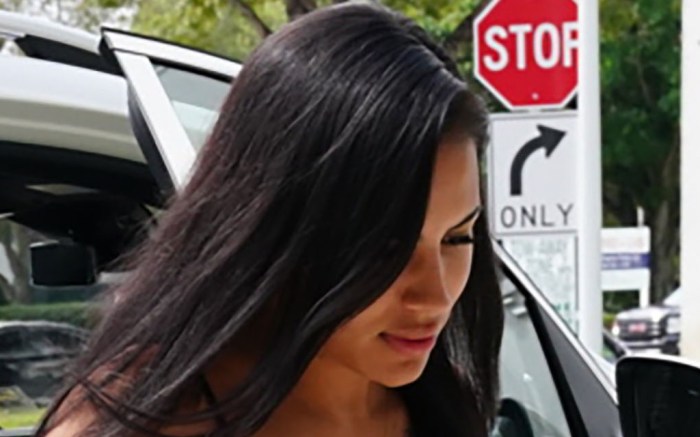 Kanye West’s rumored new girlfriend Chaney Jones is taking a page from his fashion playbook — as well as those of his ex-girlfriend Julia Fox and ex-wife Kim Kardashain.

Spotted while West dropped her off in Miami, Jones kept her daytime look casual in a black sports bra and matching leggings. The slim-fitting athleisure, paired with an ostrich Hermes Birkin handbag, was instantly reminiscent of Kardashian and Fox’s own ensembles in recent months. The minimalist set created a relaxed outfit that was both sporty and easygoing.

When it came to shoes, however, the 24-year-old Wilmington University counseling student channeled West’s style in a pair of Balenciaga x Crocs boots—the same pair he wore earlier this month. The $695 calf-high style featured black uppers and rounded toes—complete with accents mimicking Crocs clogs—crafted from rubber. The pull-on pair was finished with a rubber platform sole and Balenciaga logo.

Despite their unusual hybrid appearance, boots like Jones’ area year-round staple. Knee and calf-high styles in neutral tones can be worn with an array of ensembles, making them a popular versatile footwear choice. Aside from the influencer, stars like Whitney Port, Irina Shayk and Charli D’Amelio have also worn black Steve Madden, Chanel and Viscon boots in recent weeks.

Though not much is known about Jones’ style, it appears to be minimalist and sleek. Aside from daring swimwear, the First State Behavioral Health COO favors leggings and T-shirt dresses from brands like Balenciaga and Alexander Wang. Her footwear follows a similar route, composed of pointed-toe boots and sandals in neutral hues—though she’s occasionally worn PVC or sparkly pairs—also by Balenciaga and Wang.

Discover West’s shoe styles over the years in the gallery.