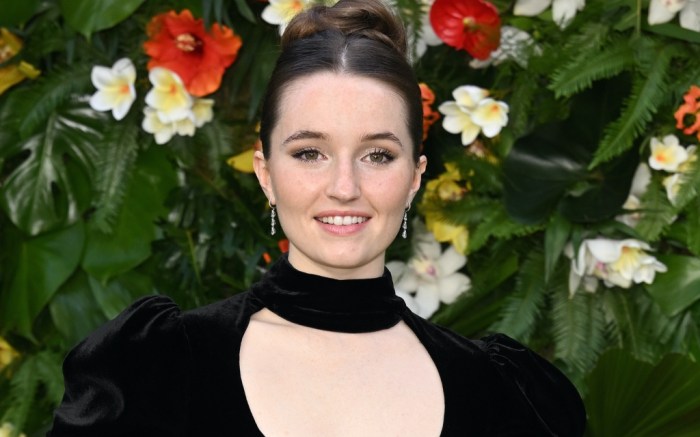 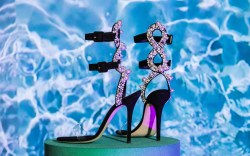 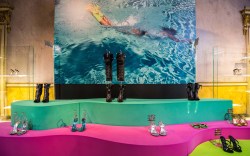 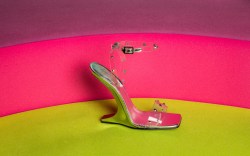 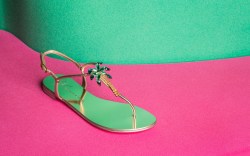 Kaitlyn Dever made a sharp statement at the world premiere of “Ticket to Paradise.” The romantic comedy, starring George Clooney, Julia Roberts and Billie Lourd, will be released in U.S. theaters on Oct. 21.

While at the film’s premiere at the Odeon Luxe Leicester Square in London, the “Booksmart” star posed in a black velvet dress. Her long-sleeved number included a floor-length skirt with rounded shoulders. Adding to her ensemble’s sleekness was a thigh-high slit, as well as a high neckline punctuated by a low cutout, creating a choker-esque silhouette. Thin diamond rings and drop earrings finished Dever’s look.

When it came to shoes, Dever strapped into a set of high-heeled sandals by Jimmy Choo for the occasion. The “Dopesick” actress’ sold-out Shiloh style featured gold leather uppers with slingback straps and thin stiletto heels. Finishing the pair were thin PVC toe and ankle straps, given a burst of glamour from being covered with sparkling crystal embellishments. The set provided an elegant finish to Dever’s look, smoothly pairing with her jewelry’s gleaming gems.

Dever’s shoe styles are often sleek and versatile. On the red carpet, the “Last Man Standing” star often wears heeled sandals, platforms and pumps by Jimmy Choo, though she’s also been seen in styles by Christian Louboutin over the years. Off-duty, Dever’s style is decidedly more casual, incorporating Nike and Converse sneakers. The actress has also become one to watch on the fashion circuit, frequently attending fashion shows and events for brands including Louis Vuitton, Miu Miu and Prabal Gurung over the years.