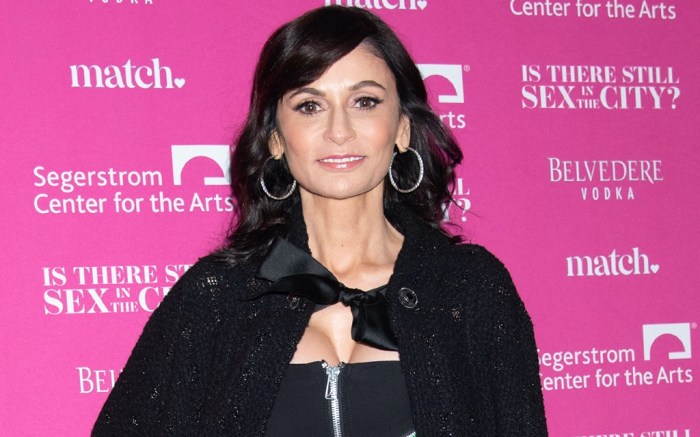 For the occasion, the “My Unorthodox Life” star was sharply outfitted in a black leather jacket and matching slim-fitting pants. Complementing her timelessly edgy look were large gold hoop earrings with sparkling jewel accents.

While onscreen, Haart took the time to address allegations that she listed personal expenses as company expenses while employed as the CEO of Elite World Group — which she was dismissed from by former husband Silvio Scaglia earlier this year.

“Literal nonsense. I was never paid a salary in this company. I had something called a management fee, and so everything at the end of the year that wasn’t business got subtracted from the money owed,” Haart expressed to Cohen. “I’ve never taken a dollar that doesn’t belong to me.”

A post shared by Watch What Happens Live! (@bravowwhl)

Haart also took the opportunity to discuss her new role as a cast member on “Real Housewives of New Jersey” alongside fellow Housewife Jennifer Aydin. You can watch their full interview, below:

For footwear, Haart complemented her look with a towering set of matching boots. The star’s black leather pair featured rounded toes with thick platform soles, plus a stretchy calf-high style. Finishing the pair were block-shaped flared heels totaling at least 5 inches in height, giving her ensemble a bold height boost — much like similar new pairs by Stella McCartney, Versace and Steve Madden.