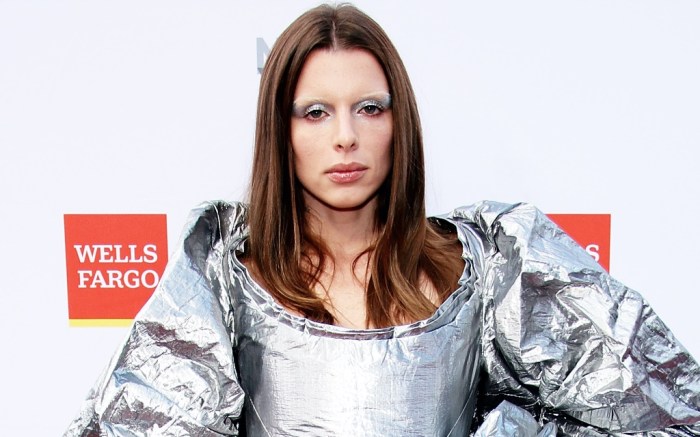 Julia Fox proved high fashion can also be used as high defense, thanks to her latest social media post.

In a TikTok video that’s quickly going viral, the “Uncut Gems” actress revealed she used an Hermés Birkin handbag as a shield in a machete attack. In the video, Fox introduces a clip of user @prettycritical describing how Birkins — one of the world’s most coveted and expensive handbag styles, ranging upwards of $110,000 in price — can gain a chic edge from having a worn-in appearance. Fox, wearing a simple black tank top, interjects with her own video, where she describes and shows how her Birkin was attacked with the safari weapon.

“I love her, but she’s been through a lot,” Fox begins, turning her bag around to show its side and upper slash marks. “You can see a little bit from where the machete slipped and hit the side of the bag, too. There’s a few more little…I don’t know. I don’t even know how I f-cking manage to like…you know I was holding on to this Birkin for my life.”

Though no other details about the incident were shared, there is a fair amount known about Fox’s specific Birkin. Her style is the brand’s Togo Birkin 25, crafted from calfskin leather in a deep gray “Etian” colorway. Fox’s top-handle handbag also featured shiny rosy gold hardware, as well as its signature locked front clasp. Though it’s unclear what her style’s exact price is, the same (non-slashed) handbag is currently listed for $28,795 (on sale from $31,995) on luxury consignment website Fashionphile. It also appears to be one of the five Hermés Birkins Fox’s ex-boyfriend Kanye West virally gifted her on her birthday in February; others in various sizes featured black, blue and white tones in smooth and ostrich-textured leather.

Hermés’ Birkin handbags have gained notoriety within the luxury market, even in weathered conditions similarly to Fox’s. The worn-in appearance contrasts the notion of high-end handbags only being worn for special occasions or on display in one’s wardrobe, proving they’ve had an adventurous life. A key player in this movement is Jane Birkin herself, the model who famously inspired the silhouette and frequently wears them packed full and embellished with her own charms and keychains. Mary-Kate Olsen is also a prime example, gaining virality in the 2010s for her navy leather Birkin — worn so frequently that its edges gained an ombre-like fading.