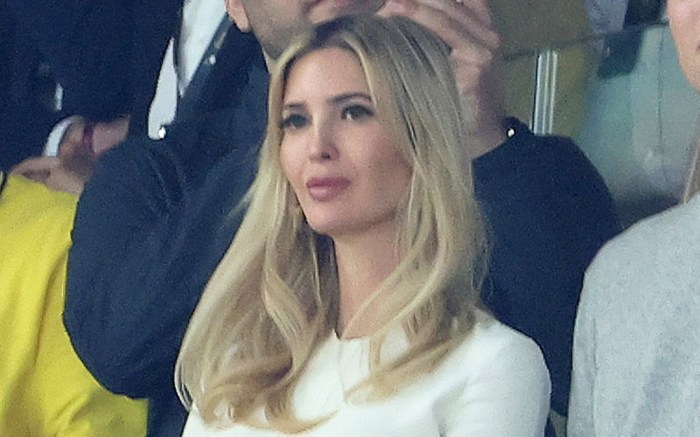 Ivanka Trump was simply outfitted for the 2022 World Cup in Qatar.

While in Lusail City with husband Jared Kushner and their children, Trump shared a photo dump on Instagram. For the occasion — where the family attended four matches over three days — the former presidential advisor wore a long-sleeved black top. The simple piece was tucked into a set of cream trousers with a linen texture, complete with an attached belt. The ensemble was in accordance with Qatar’s dress codes, where women must wear outfits that cover their shoulders and skirts, dresses or pants must have a length past one’s knees.

When it came to footwear, Trump wore a set of cap-toed Chanel flats. Her style included pale tan leather uppers with rounded black toes, topped with thin bows. The style matched her outfit’s tonal hues while remaining in accordance with Qatar’s dress codes.

While attending the Cup on Thursday, Trump and Kushner also attended the event’s Group G match between Brazil and Serbia at Lusail Stadium. During the event, she wore a long-sleeved white dress; the number featured a cream hue with sharp pleats along its sleeves and bodice.

The FIFA World Cup — also known as the World Cup — is an international soccer competition between senior men’s national teams within the Fédération Internationale de Football Association. The 2022 Cup will take place at Al Bayt Stadium in Qatar with 32 teams over 64 matches; the winning team will be announced on Dec. 18, taking home a prize of $42 million. This year’s opening ceremony included performances by Jung Kook of BTS, as well as Fahad Al-Kubaisi. The occasion is notably the most expensive World Cup ever from investments totaling $300 billion.