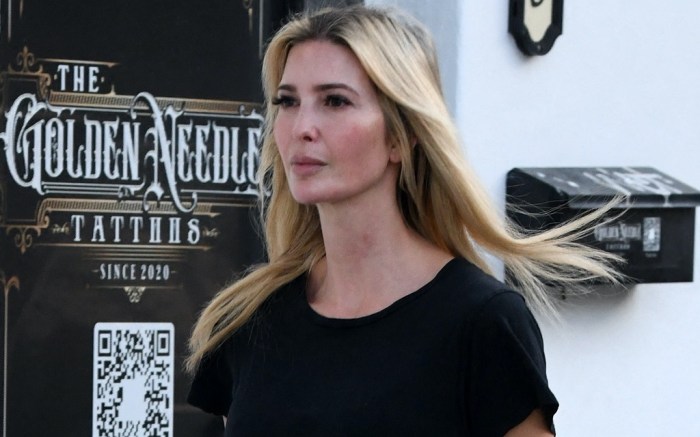 Ivanka Trump was athletically dressed for an afternoon workout today.

Back in Miami after watching a few matches of the FIFA World Cup with her family in Qatar, the socialite hit the gym in an all-black outfit. Her ensemble included plain black leggings, as well as a matching black T-shirt. Her simple attire was accented by a water bottle with a green top, as well as two red and black hair ties around her wrist.

When it came to footwear, the former presidential advisor‘s shoes of choice were a set of Mizuno running sneakers. Her style included black rounded toes with a lace-up silhouette and knit black and gray geometric line-printed mesh uppers. The style was punctuated by the brand’s logo in white on each side, as well as horizontally ridged white rubber soles. The set added a monochrome finish to Trump’s workout ensemble.