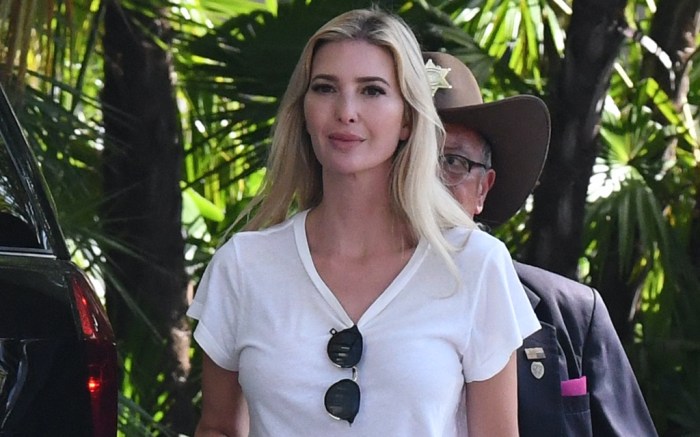 Ivanka Trump paired neutrals together for a walk in Florida.

While strolling in Surfside, the socialite wore a casual T-shirt and shorts. Her top featured a V-neck silhouette, while her thigh-high shorts included distressed hems for a grungy appearance; both pieces featured a white hue, creating a monochrome appearance. Black sunglasses finished Trump’s ensemble.

When it came to footwear, the former presidential advisor slipped on a set of black thong sandals. Her minimalist pair included thin straps that secured her feet, while remaining easy to slip in and out of. The shoes also featured their signature flat soles, giving the pair added wearability. Indeed, the thong sandal style is a popular choice in warmer climates and seasons due to its easy wear and breathability; though pairs are available year-round, new styles have been released from a range of brands this year, including Havaianas, Staud and Porte and Paire.