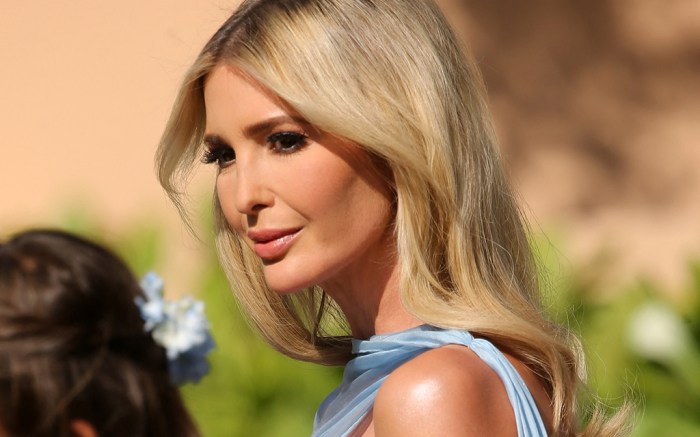 Ivanka Trump’s streamlined style was evident throughout her most-liked photos on Instagram this year.

Throughout 2022, Trump frequently shared ensembles ranging from versatile neutrals to sharp jewel tones, whether on or off duty. Her outfits commonly featured colors in shades of blue or pink, while also finding fashion tentpoles in classic blacks and whites, as well as the occasional floral print.

When it came to shoes, the former presidential advisor’s footwear was equally sharp. Pointed-toe pumps in an array of contemporary colors and neutral hues reigned supreme, while casual outings included similarly timeless flats and low-top sneakers.

Below, we take a look at the outfits seen in her most-liked Instagram photos of 2022.

In November, Trump celebrated her 41st birthday with a group of friends in Miami. For the occasion, she wore a draped black minidress with long sleeves and an allover blue floral print — complete with two-toned black and white pumps.

Later in the month, Trump’s social media found her with husband Jared Kushner and their children Arabella, Theodore and Joseph celebrating Tiffany Trump and Michael Boulos’ wedding in Florida. During the occasion’s rehearsal dinner, she wore a crystal-trimmed light pink skirt and crop top with silver square-toed pumps.

The gown also made an appearance in Ivanka and Tiffany’s photo together at the wedding, where Ivanka thanked her sister and wished the new couple a positive future together.

Trump’s final most-liked photo hailed from her vacation to Cairo. Following the city’s dress codes, she wore a long-sleeved white dress with a hem that hit just below the knee. A wide sun hat and white low-top sneakers finished her attire.

PHOTOS: See Trump’s most-worn shoes in 2020 in the gallery.