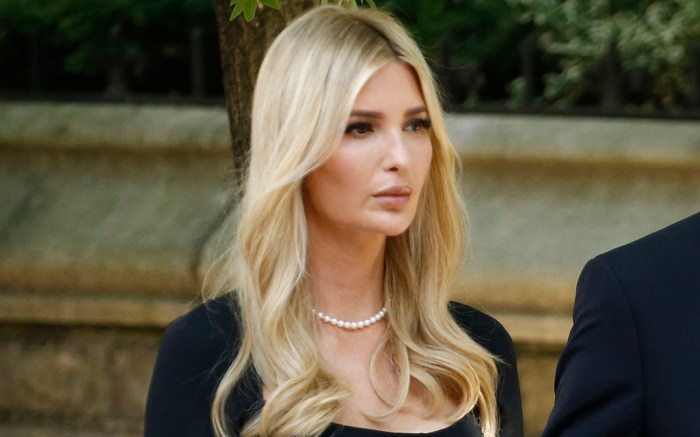 While in Fort Myers, the former presidential advisor served food to those in need in a black sleeveless top, which she shared in a new post on Instagram. The tank top was paired with olive green pleated trousers and sunglasses.

The occasion found Trump serving meals while aiding in disaster relief efforts with CityServe, Mercy Chefs, and churches within the Fort Myers and Naples local communities.

“Devastating to see the heartbreaking destruction Hurricane Ian left behind,” Trump captioned her post. “We delivered emergency food, water, and supplies to families and first responders. In the face of unimaginable desolation, it was beautiful to see local communities and organizations come together during such a difficult time.”

As for footwear, Trump kept it comfortable and simple with a pair of gray New Balance sneakers. The style has a combination of cushioning and compression resistance that absorbs impact. A great choice for running and athletic activities.

Trump has continued outreach in her Florida community in a similar style this season. In September, the former socialite brought her children, Arabella and Joseph, to visit and spend time with elderly people during the Jewish holiday of Rosh Hashanah in a crop top and Birkenstock sandals.