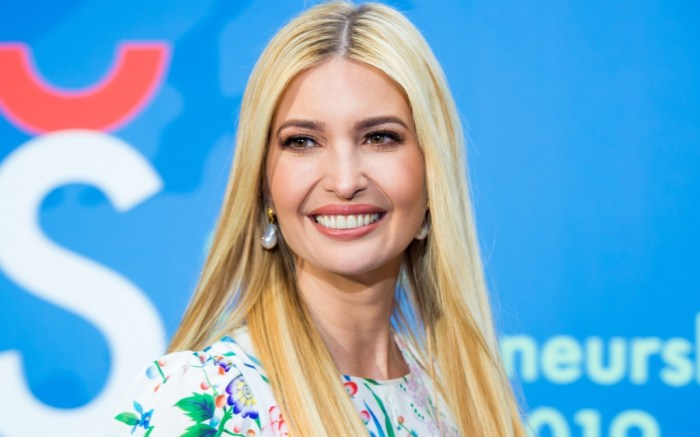 Ivanka Trump taught her children about giving back this weekend, during the Jewish holiday of Rosh Hashanah.

While in Miami, the former presidential advisor brought her children, Arabella and Joseph, to visit and spend time with elderly people before the holiday, as organized by the Joint Chiefs of Staff (JCS). For the occasion, she shared an Instagram post wearing a brown ribbed mock-neck crop top and a linen button-up miniskirt with two front pockets. Trump finished her look with a brown leather watch and gold hoop earrings, as well as round brown sunglasses.

“We shared a lot of laughs and heard some great stories as we brought food, flowers, toiletries and homemade dog treats to the homes of seniors who will be alone this Rosh Hashanah holiday,” Trump’s caption read, also thanking an 80-year-old woman named Sonia for sharing advice on kindness with her children. “Wishing everyone a Shana Tova!”

When it came to shoes, Trump slipped on a pair of Birkenstock sandals. Her beige leather set featured curved cork soles and wide front straps, each accented with an adjustable buckle. The flat pair proved easy to move in, as well as a relaxed style that brought Trump’s outfit a casual, warm-weather spin.

The former socialite has had both casual and formal shoe moments throughout the summer. Earlier this June, she also wore pointed-toe pumps with leather and clear PVC uppers to the funeral of her mother, Ivana Trump.