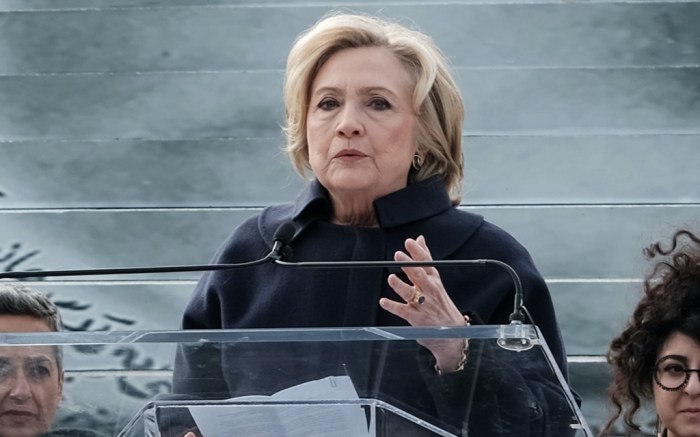 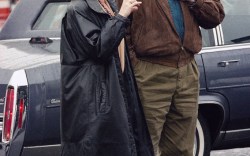 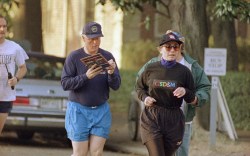 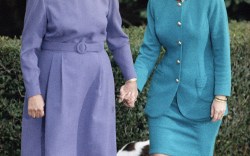 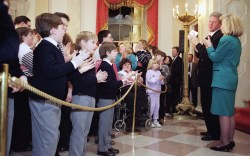 Hillary Clinton was sharply outfitted to deliver a speech at the “Eyes on Iran” preview today in New York City. The art exhibit, which officially opens on Dec. 4, features installations developed in support of the “Woman, Life, Freedom” campaign, oriented against gender-based violence and female repression in Iran.

When it came to footwear, the former U.S. Secretary of State was all business in a pair of black leather boots. Her close-toed set included pointed toes and wide side straps accented with round silver buckles. Short leather-covered heels, likely totaling 1-2 inches in height, finished the style with a walkable base.

The set further accentuated her outfit’s neutral tone, allowing viewers during the event to focus on her outspoken words.

“A country that systematically abuses the rights of women and girls has no place participating on a commission whose purpose is to protect those rights,” Clinton said in her speech, according to The National News. “I’m saying to the people who control Iran, who have suppressed freedom, not for religion and ideology as they claim but for the sheer raw exercise of power: listen to your people.”

When it comes to footwear, Clinton often opts for formal and versatile styles. The former first lady’s event and appearance footwear includes low-heeled black and nude-toned pumps, hailing from brands including Miu Miu. She’s worn a clear-heeled set of pumps, designed in her namesake by Katy Perry for Katy Perry Collections in 2017. She’s also worn sneakers by Kenneth Cole and Nike for casual occasions, and while off-duty, over the years.

PHOTOS: Discover Hillary Clinton and more stars at the Statue of Liberty Museum opening in the gallery.