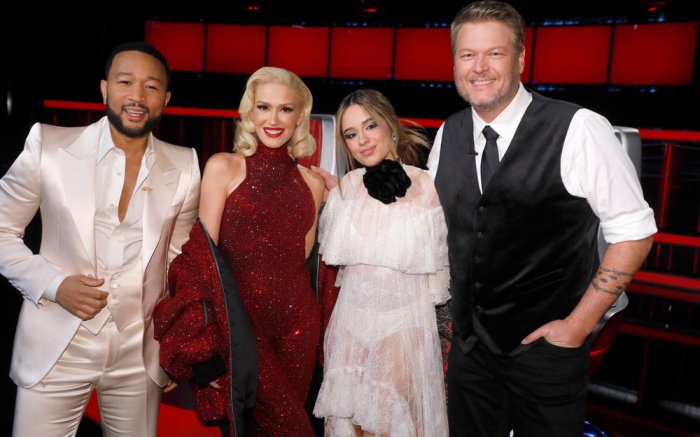 Gwen Stefani brought glitzy holiday style to the season 22 finale of “The Voice,” which aired on Tuesday night on NBC. The episode was the second part of the show’s two-part finale, where Bryce Leatherwood from Team Blake was named this season’s winner.

Stefani donned a maximalist holiday outfit for the occasion, wearing a halter-style jumpsuit from designer Vrettos Vrettakos. As seen on Instagram, the Grammy Award-winning singer‘s black ensemble was coated in sparkling red crystals, bringing her a burst of instant allover glamour. Completing her outfit was a matching embellished bomber jacket, giving her attire a streetwear edge.

When it comes to shoes, Stefani’s footwear complements her edgy, glamorous and eclectic personal style. For the red carpet and special occasions, the “Orange County Girl” singer often dons sparkly and embellished pumps and boots from top brands like Le Silla, Paris Texas and Casadei. She can frequently be seen in embroidered and fringed boots while off-duty, hailing from Frye, DSquared2 and Calvin Klein. For more casual moments, the musician also dons comfy footwear including Vans sneakers and Crocs clogs.