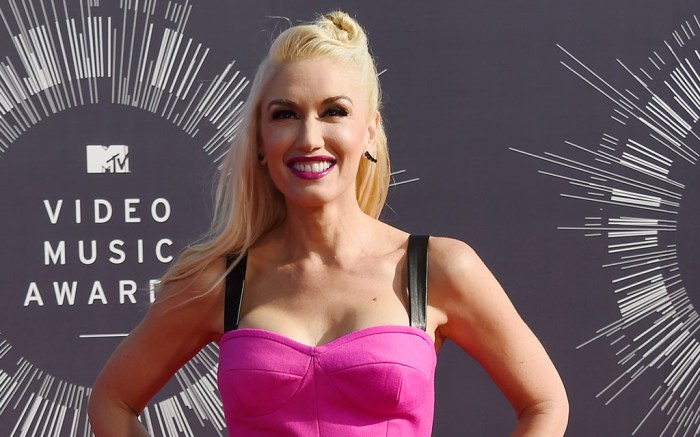 A mystery is afoot for the new season of “The Voice,” but it’s nothing the show’s judges can’t handle — at least, in a humorous promotional video for the upcoming program.

Welcoming new judge Camila Cabello, the Instagram clip finds the “Don’t Go Yet” singer arriving on set in a bright red suit and large gold hoop earrings. Completing her outfit is a gold pendant necklace, as well as a set of red sandals with thin front straps and block heels totaling at least 3-4 inches in height. The pair matches smoothly with the signature red hues of “The Voice” — including a mysterious letter hidden in Cabello’s a welcome presentation of presents and balloons.

“You are going to lose so bad,” the letter proclaims. “Ha ha ha ha ha!”

Cabello links up with fellow judge Gwen Stefani, clad in a bubblegum pink minidress, to decipher the mystery. Complementing Cabello, Stefani’s whimsical sequined outfit is finished with a set of knee-high white leather boots — complete with pointed toes and slick stiletto heels. The pair are then joined by fellow judges John Legend — clad in a silky teal shirt and red trousers — and Blake Shelton, all business in a navy blazer and jeans.

Before they have a chance to solve the mystery, the cameras pan away to a shot of the group in the show’s iconic spinning chairs, clearly ready for the latest iteration of the singing competition. The show’s 22nd season will begin airing on NBC later this fall on September 19. Previously, the program has included superstar judges Ariana Grande, Kelly Clarkson, Alicia Keys and more — and even been nominated for Emmy Awards.

When it comes to shoes, Stefani’s footwear complements her edgy, glamorous and eclectic personal style. For the red carpet and special occasions, the “Orange County Girl” singer often dons sparkly and embellished pumps and boots from top brands like Le Silla, Paris Texas and Casadei. She can frequently be seen in embroidered and fringed boots while off-duty, hailing from Frye, DSquared2 and Calvin Klein. For more casual moments, the musician also dons comfy footwear including Vans sneakers and Crocs clogs.

For footwear, Cabello regularly wears sneakers by Nike and Adidas, in addition to slides and sandals by Franco Sarto, Birkenstock and Steve Madden. However, the “Havana” singer’s wallet-friendly shoe style often incorporates brands like Topshop, Candie’s and UrbanOG as well. Cabello often pairs these with dresses, tops and bottoms by affordable brands like H&M, Forever 21 and Zara, in addition to high-end labels like Dolce & Gabbana, Isabel Marant and Versace. Outside of fashion, she also serves as an ambassador for L’Oreal and has starred in campaigns for Guess, Candy’s and Skechers over the years.