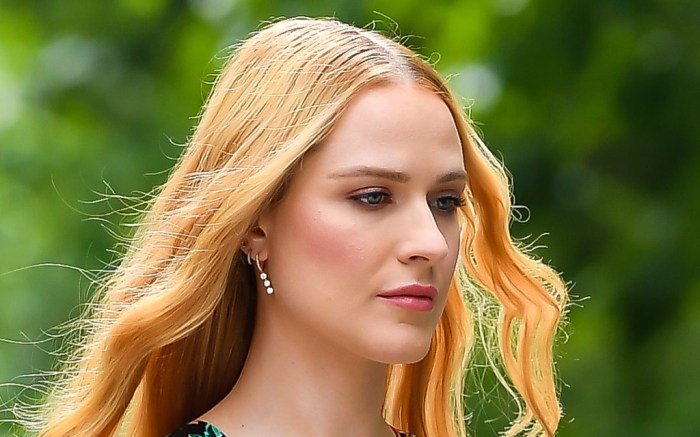 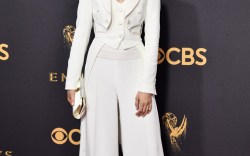 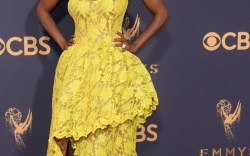 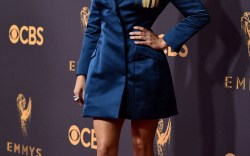 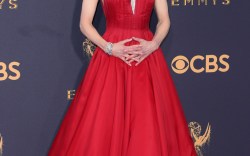 Evan Rachel Wood put some spring in her step — literally — for a futuristic appearance on “Good Morning America.” The actress was joined by her “Wetsworld” co-star James Marsden to discuss the dystopian HBO drama’s new season.

For the occasion, Wood wore a flowing gown with puffed sleeves and a tiered hem. Giving the piece a burst of print and texture was a vertical front ruffle, as well as a layered multicolored floral print. The “Barefoot” star’s ensemble was complete with a layered pink, red, green, yellow and blue vintage-inspired floral print, as well as delicate drop earrings and several gold rings.

You can watch Wood and Marsden’s full interview on the “Good Morning America” website.

Heels like Wood’s fall within the trend of pin-heeled mules, a minimalist take on the strappy sandal that includes thin straps and stiletto heels for a barely-there appearance. Styles have been on the rise from a range of brands, including Schutz, Staud and Tom Ford. Aside from Wood, stars including Vanessa Hudgens, Reese Witherspoon and Kylie Jenner have slipped into Le SIlla, Alexandre Birman and Rene Caovilla sandals in recent weeks as well.

She told Ryan Seacrest on the red carpet at the time: “This is my third nomination, and I’ve been to the Globes six times, and I’ve worn a dress every time. And I love dresses: I’m not trying to protest dresses, but I wanted to make sure that young girls and women knew they aren’t a requirement. And that you don’t have to wear one if you don’t want to, and to just be yourself because your worth is more than that.”

Discover Wood and more stars attending the Emmy Awards in the gallery.