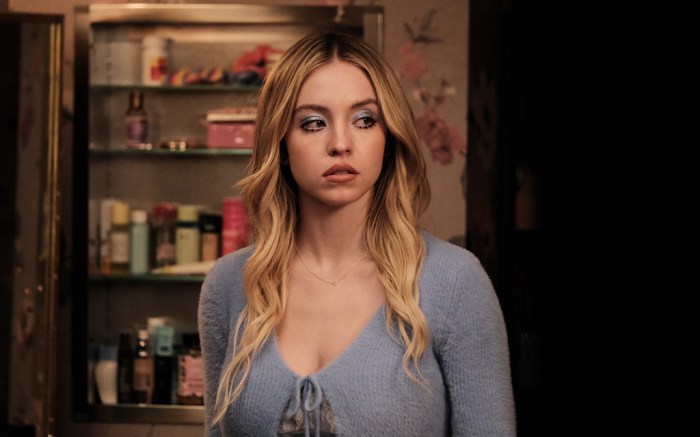 As much as we love “Euphoria” — and its extended, viral “Euphoria High School” memes — there’s one thing we can all agree on: the fashion is wildly out of this world.

The show’s costumes are largely meant to channel aesthetics or moods rather than depict the exact pieces teenagers wear today. However, we can all agree it’s unrealistic any of our peers—today or in the past — wore fresh-off-the-runway Versace, Jeremy Scott or Miu Miu to school like Maddy (Alexa Demie), Jules (Hunter Schafer), Lexi (Maude Apatow) or Cassie (Sydney Sweeney) do on the HBO Max drama. However, as of Sunday night’s latest episode, we’ve finally been given a footwear moment that’s both affordable and accessible to wear to biology class.

In one of the episode’s most memorable scenes, Lexi flashes back to Cassie and Nate (Jacob Elordi) walking the hallways hand-in-hand. Most of Cassie’s outfit wouldn’t fly past school dress codes—or our wallets—today: the pink asymmetric mini skirt, crochet bra top, Tiffany & Co. heart necklace or Balenciaga Hourglass bag. However, her shoes do, as she’s spotted in a pair of Steve Madden’s Twice platform loafers.

Featuring pink patent leather uppers, Cassie’s style includes a rounded-toe silhouette with a thick platform sole, two thin buckled upper straps and 4.75-inch block heels. Though the pair might not be the most practical to wear to third period, it’s affordable for both everyday fashionistas and even high schoolers alike, with a sale price tag of $99 (originally $110) on Amazon.

What mainly makes the pair stand out is its affordability. Compared to Lexi’s Miu Miu clogs or Maddy’s Amina Muaddi lace-up heels, Steve Madden is a wallet-friendly brand that a teenager could realistically save their allowance buy a trendy pair of heels from. It’s also available in a wide range of colors, including blue denim, leopard and black, white, cream or red patent leather—ensuring there’s a style for everyone.

The style also taps into this season’s Mary Jane trend, where the preppy shoe has been given a fashionable makeover by Kate Spade New York, Nodaleto, Sam Edelman and more brands. Most revamped pairs include a raised heel and thin straps, though others feature pointed toes and platform soles. It’s even earned an A-List spotting on Hilary Duff, cementing it as a pair to watch.

Though most can only aspire to dress like the “Euphoria” teens, Madden’s platforms are making it easier than ever. We’ll be keeping our eyes on future episodes for more wallet-friendly and stylish moments.