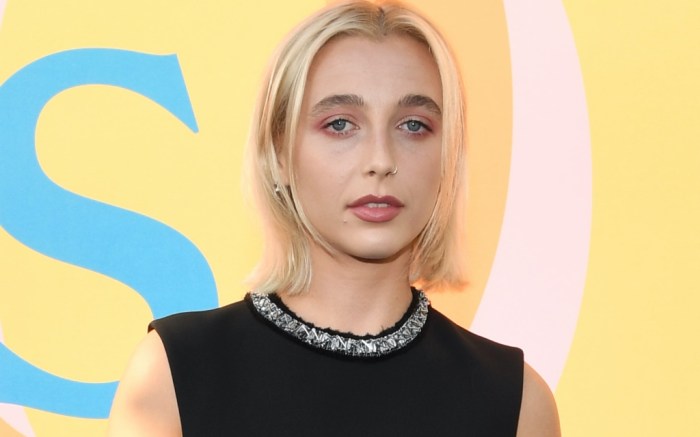 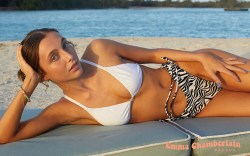 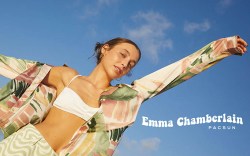 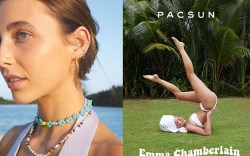 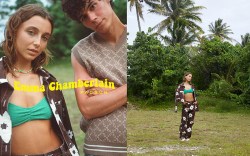 Emma Chamberlain was purely causal while relaxing in Copenhagen this weekend, abroad during the city’s Fashion Week for the Spring 2023 season.

The YouTuber posed on a boat on Sunday, leaning back in a light blue tank top and long khaki pants in a new Instagram post. Her casual outfit instantly channeled the minimalist style of the’ 90s, especially when paired with white socks and thin black sunglasses. A delicate pendant necklace completed Chamberlain’s off-duty outfit.

When it came to shoes, the Chamberlain Coffee founder continued her casual streak with a set of lace-up Adidas sneakers. Her $91 Velosamba style (on sale from $130) featured black vegan leather uppers punctuated by the brand’s signature three white stripes. Completing the set were rounded toes, as well as brown rubber gum soles for a skater-esque finish.

However, this wasn’t Chamberlain’s only bright fashion moment this week. While in Copenhagen, she also sat front row with stars including Davis Burleson at Ganni’s Spring 2023 “Joyride” runway show, wearing a yellow minidress and red cowboy boots.

Chamberlain’s shoe style varies from sporty to trendy. The “Anything Goes” podcast host often wears platform boots in a range of colors and silhouettes by Marc Jacobs, Windsor Smith and Jeffrey Campbell. Her off-duty wardrobe also includes Nomasei loafers, Ugg boots and Simon Miller platform slides. When on the red carpet, she can be seen in sleek wedge, lug-sole and combat boots often by Louis Vuitton — which she’s served as a house ambassador for since 2019.