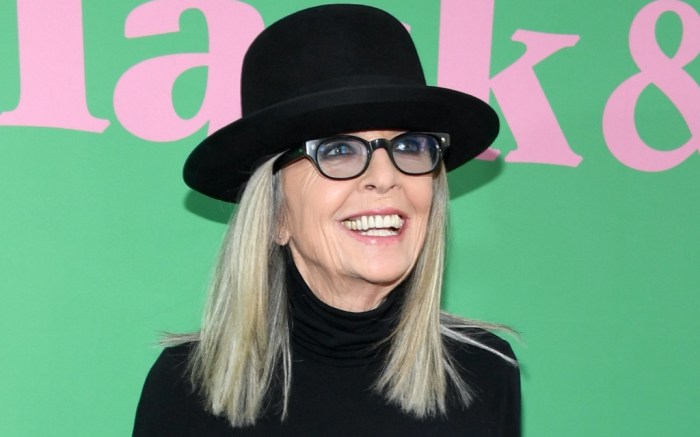 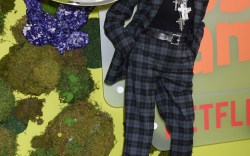 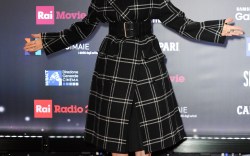 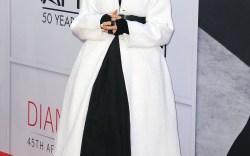 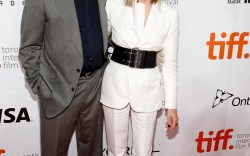 Diane Keaton is sharing her thoughts behind the viral snake-printed boots she wore for her latest film, “Mack & Rita.”

In a new interview with Vogue, the “Annie Hall” star spoke out about a specific outfit she wore in the film and its poster on Instagram: an oversized white button-down shirt with a corset belt and thigh-high snake-printed stiletto boots.

“I wouldn’t go so far as to wear the clothing that’s on the billboard,” shares Keaton. “It’s terrible, are you kidding? That white thing with that belt around my waist…and those legs? I’ve never seen anything worse. And the fact that we put on those leggings with those boots? I mean, that’s scary.”

Keaton also revealed that she did have input on her character Rita’s wardrobe.

“Are you thinking I didn’t pick out those clothes with help? I did,” she said. “That was my choice. I’m taking the hit for that one.”

However, Keaton’s owns style differs drastically from Rita’s initial ensemble in the film. It also differs from her fashion sense in real life, which merges eclectic and sharp pieces together in a whimsical and vintage-inspired sensibility. A prime example is the outfit Keaton wore at the film’s premiere: a black skirt and top cinched with a wide belt, finished with Louis Vuitton Mary Jane heels.

Keaton is renowned in Hollywood for her rule-breaking sense of style, which is both chic and eccentric. The star approaches the red carpet and her off-duty life in a range of footwear, including black heeled ankle boots, combat boots and buckled loafers from brands including Tod’s, Dr. Scholl’s, Maison Margiela and Ann Demeulemeester. She also occasionally wears chunky sneakers, hailing from luxury labels like Alexander McQueen.

“Mack And Rita” can be seen now in theaters and streaming on Amazon Prime Video.

Discover Keaton’s style over the years in the gallery.