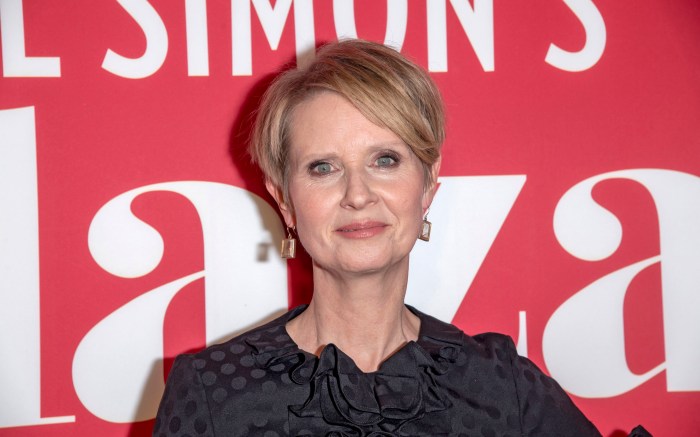 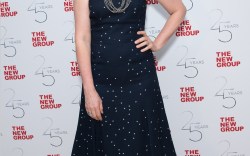 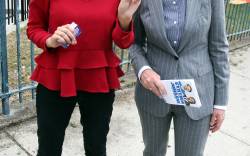 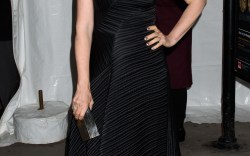 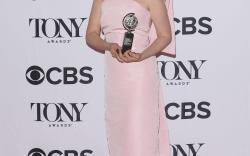 While arriving at the Hudson Theater, the “And Just Like That…” star wore a silky black midi dress. Giving the formal piece a whimsical air were short sleeves and a bodice trimmed in flounced ruffles. Furthering the piece’s vintage elements was a coordinating black polka-dot pattern. Nixon simply accessorized with golden drop earrings.

When it came to shoes, Nixon opted for a set of sharp boots. Her dark brown style appeared to feature tall uppers, as well as leather almond-shaped toes and suede uppers. The pair included a set of short block heels, totaling at least 2 inches in height. The pair gave Nixon’s look an equestrian element, while remaining versatile for layering beneath her skirt’s midi length.

Suede boots are always a popular cold weather trend, due to their full coverage and typically soft texture. Pairs like Nixon’s are especially versatile for layering and wearing with a variety of ensembles. She isn’t the only star who’s gravitated towards the style this season; stars like Karlie Kloss, Adele and Paris Hilton have also worn pairs by Manolo Blahnik, Stuart Weitzman and Saint Laurent in recent weeks.

When it comes to footwear, Nixon’s style is often versatile and chic. The actress favors pointed and open-toed pumps in single-tone colors or neutral hues for the red carpet, typically from labels like Sarah Flint, Oscar de la Renta, and Saint Laurent. When off-duty, she can be seen in platform wedges and flats from affordable brands like Jessica Simpson.

Discover Nixon’s style through the years in the gallery below.