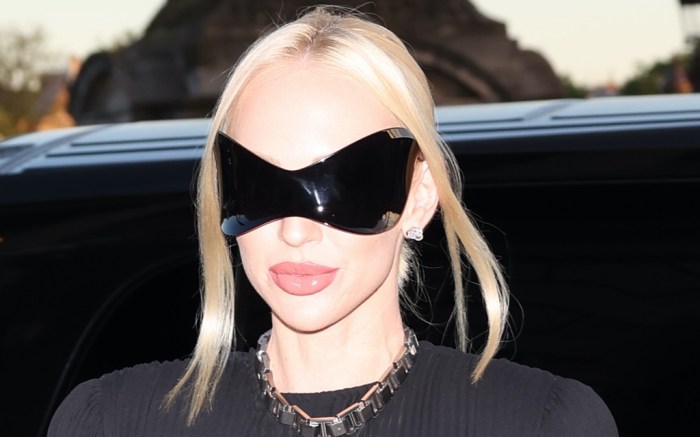 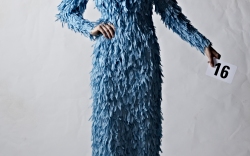 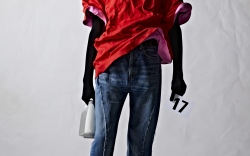 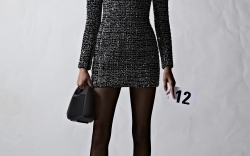 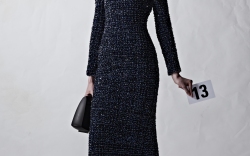 Christine Quinn added a new title to her resume on Wednesday: couture model, courtesy of Balenciaga. The “Selling Sunset” star made headlines for her appearance at the brand’s show during Haute Couture Week — though it was one of many statement-making looks she debuted in Paris.

Following the show, the “Selling Sunset” star stepped out for Balenciaga’s couture dinner and afterparty at the Hotel de la Marine in a head-to-toe look from the brand. Quinn’s all-black outfit included a pleated knee-length dress with broad shoulders and flowing sleeves, black tights and a fabric-wrapped set of exaggerated pointed-toe pumps. Completing her ensemble was a set of the French label’s futuristic sunglasses and a silver “B’ interlocking logo collar necklace. However, her look’s key accessory was the sole handbag from the Fall 2022 couture runway: a collaborative top-handle style made with Bang & Olufsen, which also functions as a Bluetooth speaker.

Earlier in the day, the “How to Be A Boss B-tch” author walked the couture runway alongside Kim Kardashian and Dua Lipa, wearing a sparkly silver minidress with a draped cape train topped with a bow. The eye-catching piece was layered with sheer black tights and black gloves for a formal finish. Completing Quinn’s runway outfit was a set of black pumps with exaggerated counters, pointed toes and stiletto heels. The moment also marked Quinn’s runway return, following her debut in designer Oscar Fierro’s fashion shows in the late 2000’s.

However, Quinn had one more look up her sleeve while departing the show: an all-black Balenciaga ensemble, featuring a long-sleeved neoprene top and leggings with built-in heels. The slick set was paired with an angular set of coordinating sunglasses, as well as a miniature silver version of the brand’s Hourglass handbag — given a glamorous boost from allover crystals. Completing Quinn’s outfit was a single white rose and a Balenciaga shopping bag — solidifying the brand’s tongue-in-cheek views on pop culture and extravagance.