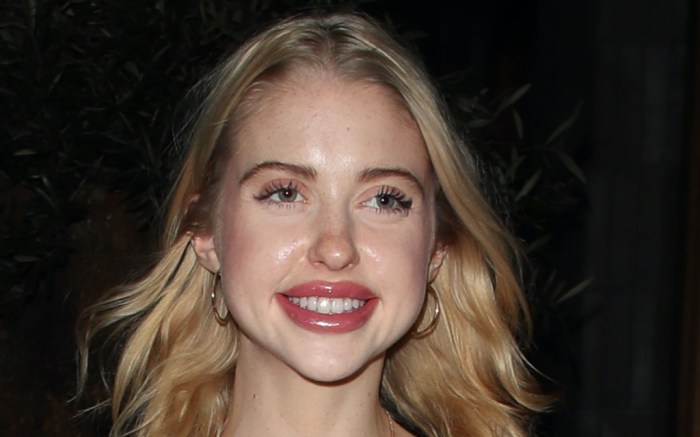 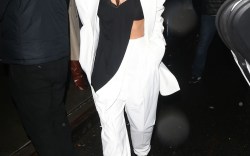 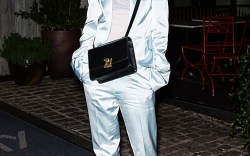 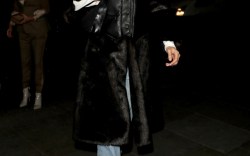 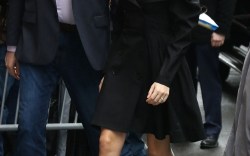 Chloe Cherry looked every bit the early 2000’s it-girl while attending the “Perfect Magazine” party at the Standard Hotel during London Fashion Week. Cherry joined a star-studded guest list for the event, which included Iris Law, Georgia May Jagger and Amelia Hamlin.

The “Euphoria” star arrived in the ultimate 2000s party dress: a silk minidress with spaghetti straps. The red number was given an even bolder throwback accessory for added camp: a thin pink belt with a bow accent at its center. Cherry’s look was paired with a pink silk handbag shaped like a heart, adding to her ensemble’s whimsical appearance. Her ensemble was finished with earrings and a delicate pendant necklace.

When it came to shoes, the adult film star completed her playful look with a pair of white sandals. The style, which appeared to feature leather uppers, included a square-toed silhouette with slingback straps, plus several thin toe straps topped with matching bows. The pair was complete with slim heels totaling at least 2 inches in height. The style gave Cherry’s outfit a further Y2K appearance, while adding a pop of neutral color that was bright and cheerful.


Sandals with features like Cherry’s are a revolving trend during the rise of the Y2K aesthetic this year. Styles with short heels, squared toes and slingback counters have grown in popularity, with newer pairs released from brands like Charles & Keith, Vince and By Far. In recent weeks, stars like Rita Ora, Lorde and Olivia Culpo have also worn 2000’s-worthy sandals by Giuseppe Zanotti, Staud and Bottega Veneta as well. Styles also emerged during New York Fashion Week this month from brands like Jonathan Simkhai.

For footwear, Cherry appears to keep her selections versatile. During recent outings, the star has been spotted in black, sparkly or single-toned sandals with block or stiletto heels from brands like Nodaleto and Steve Madden. When off-duty, she mostly wears low-top sneakers by Nike and Converse. Cherry’s become a rising star in the fashion world this year, modeling in LaQuan Smith’s Fall 2022 show during New York Fashion Week and attending shows by David Koma, Chet Lo and Supriya LeLe during London Fashion Week.

Boost your next look with white sandals.