Charli D’Amelio Preps for “Dancing with the Stars” in Leggings, Face Shield and Platform Sneakers 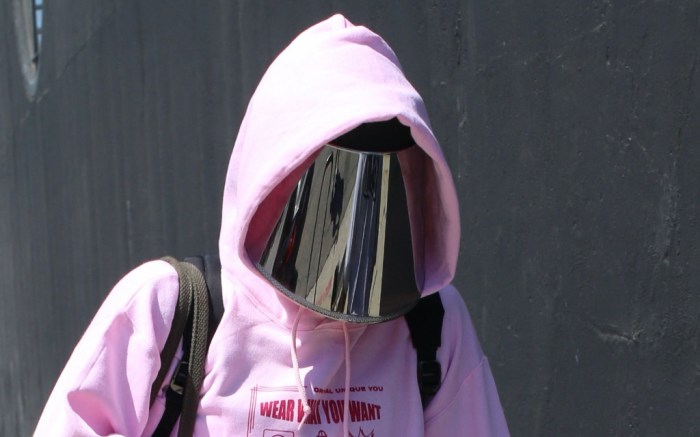 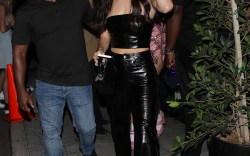 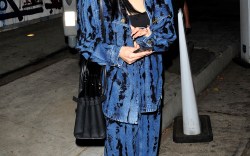 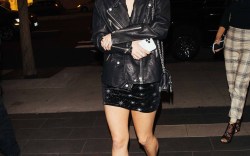 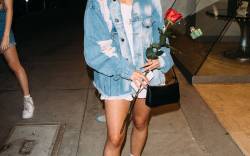 Charli D’Amelio arrived to rehearsal for “Dancing with the Stars” in sporty style. The online personality has been reported to be part of the cast competing in the reality competition show’s upcoming 31st season.

The TikTok influencer arrived on set in a pink graphic hoodie, printed with red graphics including lettering stating “Wear What You Want.” Covering her face was a reflective black face shield for added sun protection. D’Amelio also wore slim-fitting black leggings and ribbed white socks for a sporty and relaxed ensemble, and completed her outfit with an olive green nylon tote bag and black backpack.

When it came to footwear, the “StarDog and TurboCat” actress opted for a set of Puma’s Mayze sneakers to complete her rehearsal outfit. Her $90 style featured leather uppers with perforated sides, padded tongues and a lace-up silhouette. Gold “Puma” side logos, as well as 1.5-inch rubber platform soles, finished the set with a walkable height boost.

Sneakers like D’Amelio’s are a year-round trend due to their ease and versatility. Monochrome styles with suede, canvas and leather uppers, as well as thin or platform soles, are especially popular during the summer months, like new pairs by Cariuma, Veja and Superga. Aside from the influencer, stars like Kylie Jenner, Vanessa Hudgens and Katie Holmes have also laced into Nike, Naked Wolfe and Chloé sneakers in recent weeks.