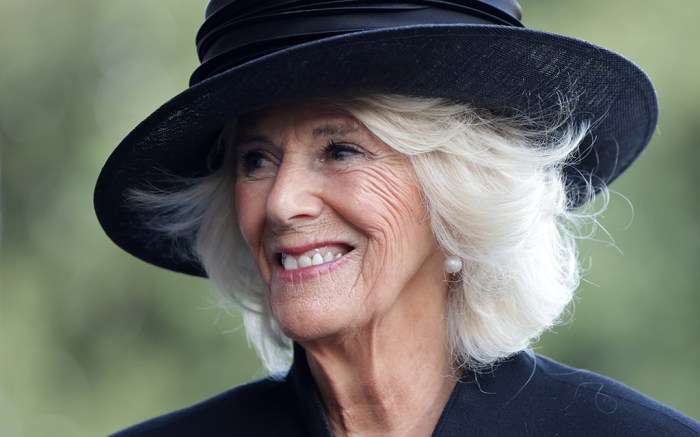 Queen Consort Camilla, like much of the British royal family, is known for her classic and formal style. However, the new queen is also partial to specific shoes, and even has a go-to style she’s worn numerous times over the years.

The royal’s most frequently worn block-heeled leather pumps hail from Sole Bliss. The British brand is renowned for its comfort-focused styles, which include leather-lined uppers and three layers of underfoot cushioning, making padded footwear that can be worn with ease throughout the day. Its shoes also feature hidden elastic stretch panels designed to comfort bunions and combat joint pain, making them even more focused on easy wear for anyone.

Camilla owns at least 11 pairs of Sole Bliss heels, which she’s been spotted wearing on numerous occasions over the years; in fact, since 2018, she’s been estimated to wear one of her most-spotted pairs — the Valencia pump — at least 80 times, according to a statement from the brand.

The Valencia pump is a versatile leather shoe, featuring squared patent capped toes and 2-inch block heels. The $269 style includes a wide fit for added roominess and comfort, along with the aforementioned padded lining and soles. Its versatility is also emphasized through its textures and color palette of black, nude and navy.

Camilla has also been frequently seen in Sole Bliss’ Kitty pumps. Similarly to her Valencia style, this $259 pump features leather uppers with comfortable inner additions. However, the Kitty has a more formal appearance from pointed toes and thin 1.75-inch kitten heels.

However, Camilla isn’t the only star that’s taken notice of Sole Bliss; the brand is also worn by Kate Middleton, Helen Mirren, Judith Light and Emma Thompson. In fact, Light herself wore a pointed-toe set of the brand’s cushioned pumps while on the red carpet at the 2022 Tony Awards earlier this summer.

The royal is the latest family member of the family to align her style with a go-to brand or shoe style. Previously, Kate Middleton has been known for her own penchant for pointed-toe stiletto pumps over the years; in fact, she even owns Gianvito Rossi’s Gianvito 105 pumps in five colors.